The 10 Highest Mountains In Africa

discover all of the tallest mountains across the continent

It’s a well-known fact that Mount Kilimanjaro is the highest mountain in Africa… but what about Africa’s other large mountains?

Another note about this list of Africa’s highest mountains is that in the Ethiopian Highlands there are a number of peaks (Tullua Dimtu, Ancua, and Kidus Yared) (4453m), where surveyance is not robust, and heights on maps can differ by up to 500 meters. For this reason, we’ve only included the Rash Dashen peak.

So, with these caveats in mind, here is our list of the 10 highest mountains in Africa: 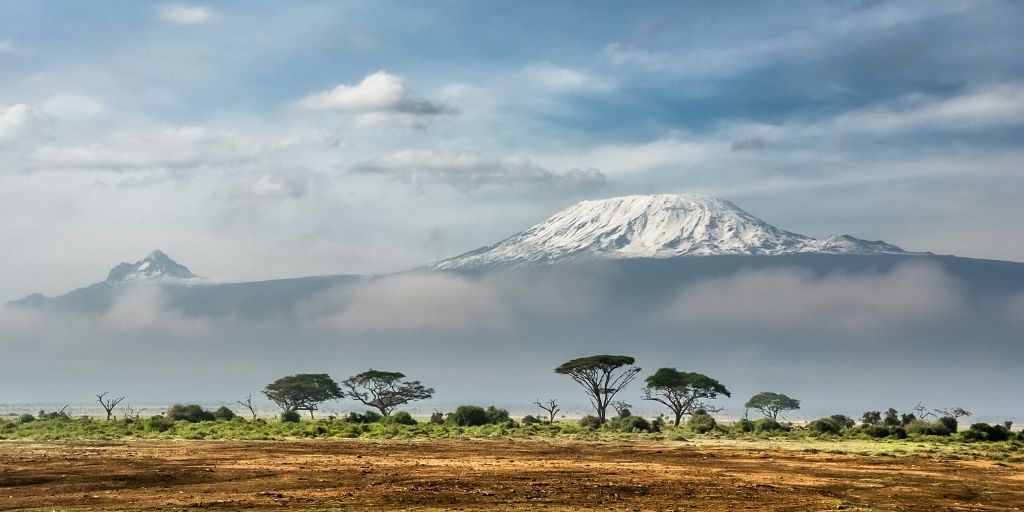 Situated in Northern Tanzania close to the Kenya border, Mount Kilimanjaro – also known as ‘the roof of Africa’ or simply as ‘Kili’ – is the tallest mountain in Africa and the highest freestanding mountain in the world, with the summit about 4,900 meters from its base. Kibo peak at the top of Kilimanjaro is the highest point in Africa.

This biggest mountain in Africa is a near-perfect cone 40 kilometers across, reaching almost six kilometers to the sky. The mountain is actually made up of three volcanic cones – Kibo, Mawenzi, and Shira, and because of it’s shape and ease of summiting has around 50,000 visitors attempt to reach its peak each year. 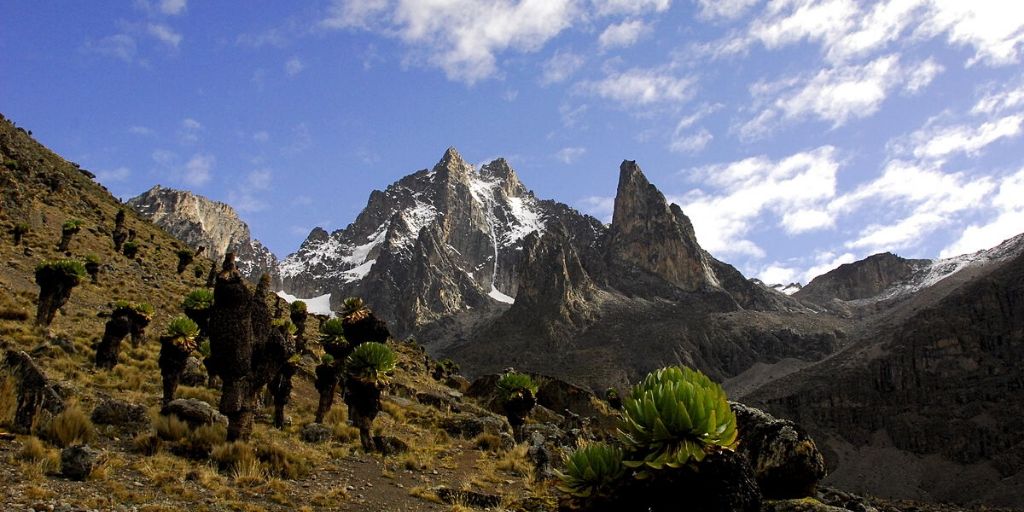 Mount Kenya is the second-highest in Africa, and Kenya’s highest peak. This extinct volcano is located in the middle of the country, in Kenya National Park. The pristine wilderness surrounding this World Heritage Site is truly stunning, with lakes, glaciers, dense forest, mineral springs, and a broad range of African wildlife.

Referred to as ‘Place of Light’, Mount Kenya has three summits – Batian, Nelion, and Lenana, the highest of which is 5,199 meters. Like Mount Kilimanjaro, it’s possible for inexperienced climbers to summit Mount Kenya, and there’s a range of guided trek options available. 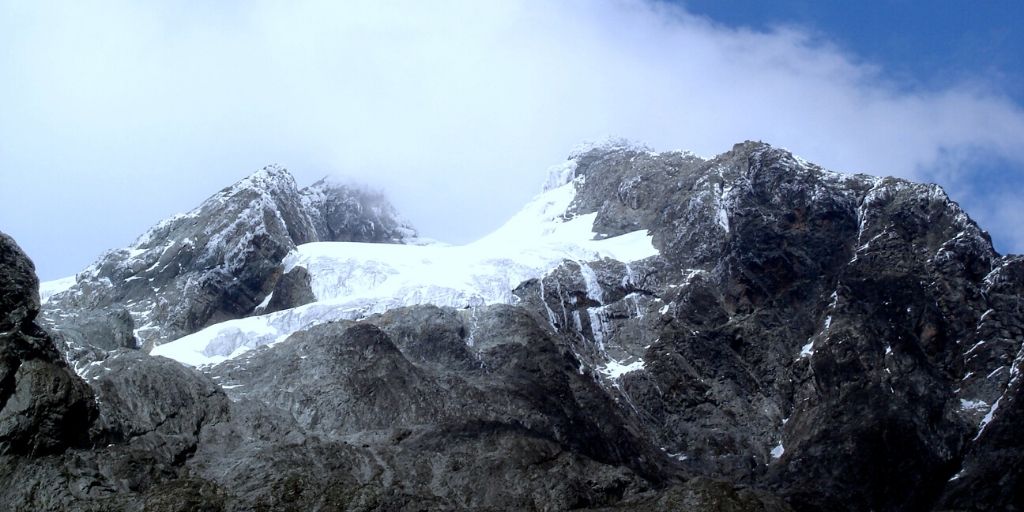 UNESCO World Heritage Site Mount Stanley is located in the vast Central African Ruwenzori Range, forming the border between Uganda and the Democratic Republic of Congo. The mountain consists of two twin summits and several lower peaks, and, like Mount Kilimanjaro and Mount Kenya, is high enough to support glaciers. 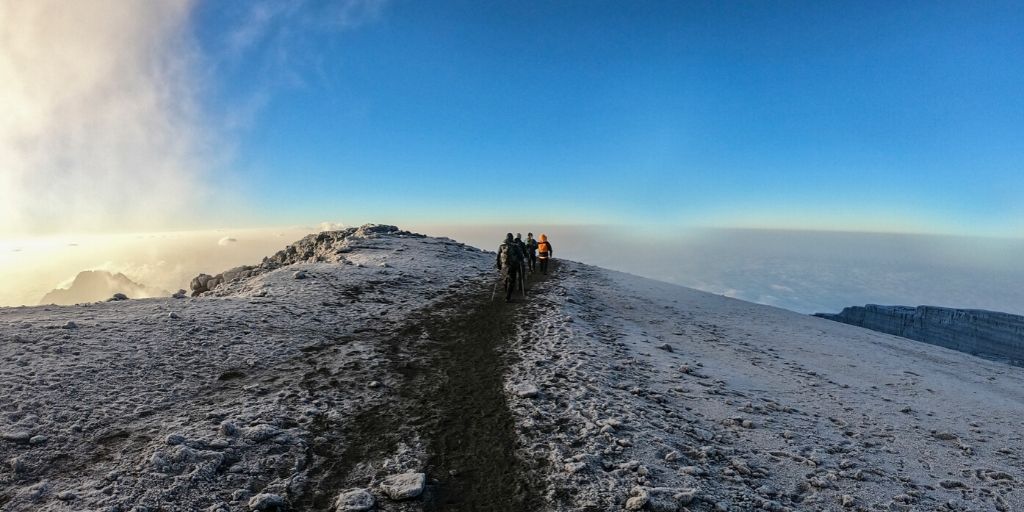 The mountain is actually a dormant volcano, and because of it’s lower height and similar shape is used by many people as a warm-up before attempting to summit Mount Kilimanjaro. 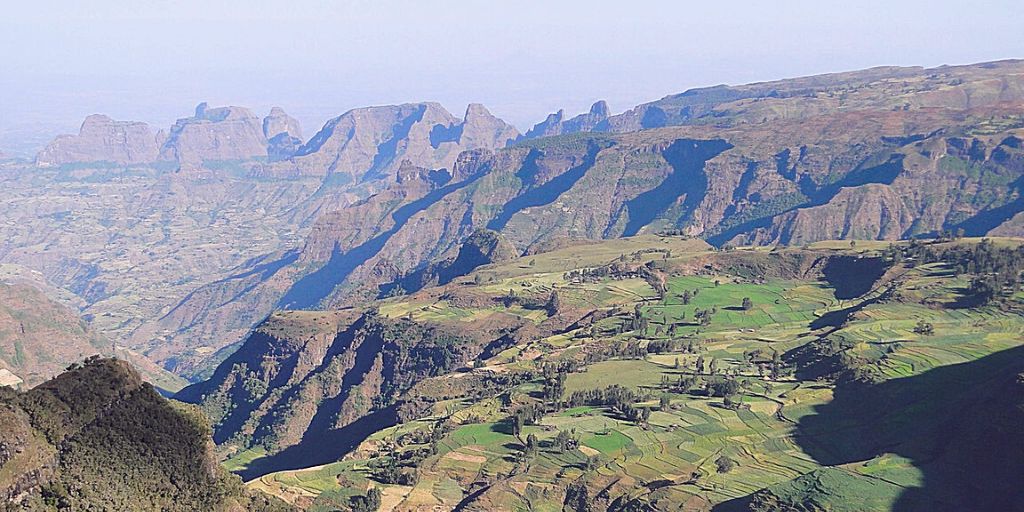 In the Horn of Africa lie the Ethiopian Highlands – a range of rugged mountains that form the largest elevated area in the continent, stretching across Ethiopia and Eritrea, and cut in two by the Great Rift Valley.

The Western Highlands range from heights of 1,500 meters up to 4,550 meters at the Ras Dashen peak in the Semien Mountains,  part of which has been designated the Simien Mountains National Park. At lower elevations, the highlands are made up of agriculturally productive and densely populated tropical savannas and grasslands, whilst the craggy and isolated higher elevations are home to large amounts of native wildlife and birds. 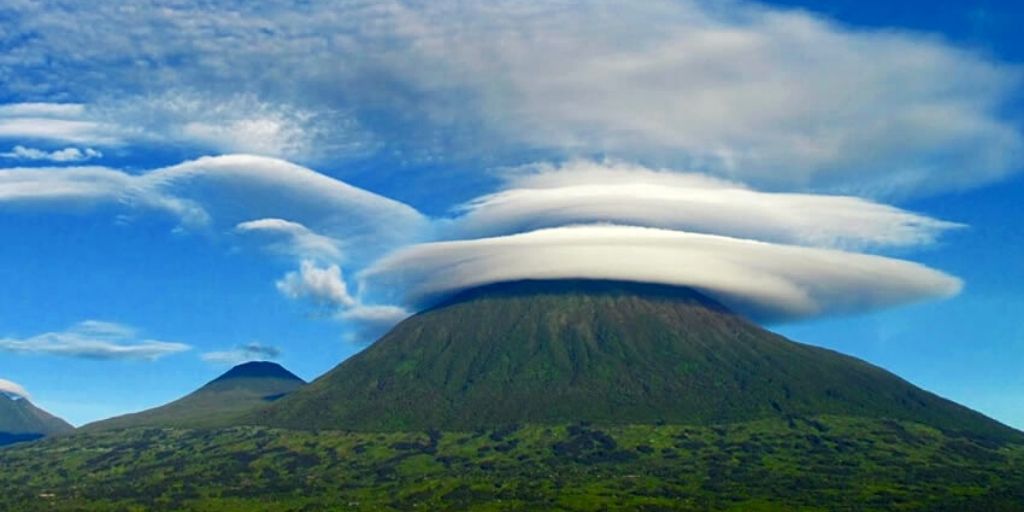 At 4,507 meters Mount Karisimbi is the tallest mountain of the eight volcano chains in the Virunga Mountains, on the border between Rwanda and the Democratic Republic of Congo. The chain is part of the Albertine Rift, the western branch of the East African Rift.

Mount Karisimi is one of the major sources of relief rainfall in the region, and, unusually for African mountains, snow forms on top of the mountain during the dry season (June to August). It’s possible for inexperienced climbers to summit Mount Karisimbi, though the hike is a tough three days through bamboo forests and steep climbs. 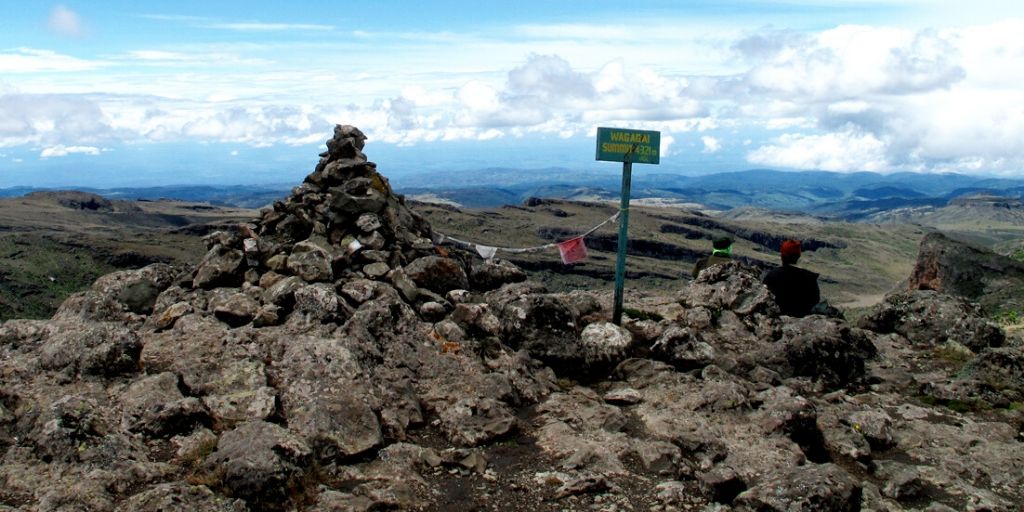 Mount Elgon lies on the border between Kenya and Uganda, though its highest peak – known as Wagagai – lies on the Ugandan side of the border. The mountain is an extinct shield volcano and has an intact caldera which is one of the largest in the world. 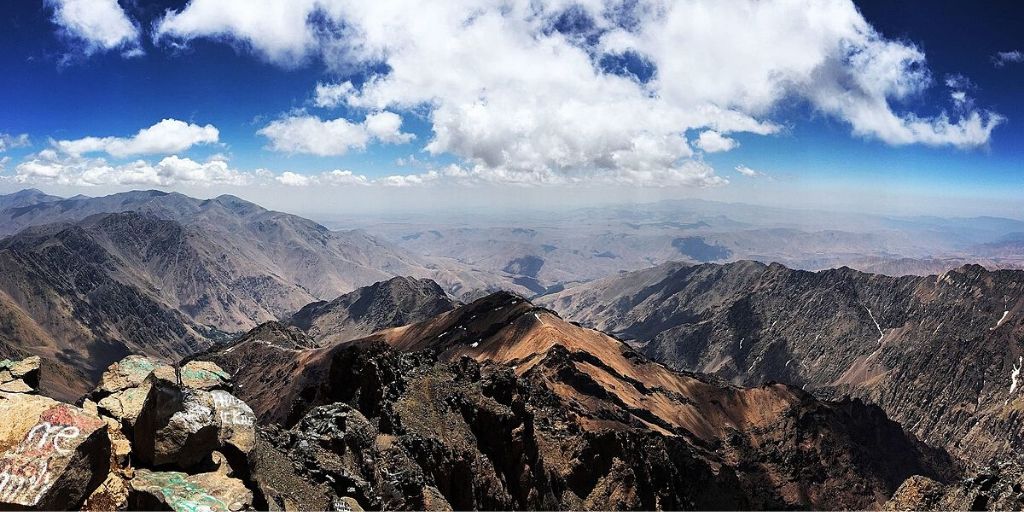 Toubkal is the highest peak in Morocco’s Atlas Mountains, in the South West of the country. The mountain separates the Atlantic and Mediterranean coastlines, and is an extremely popular destination with hikers and climbers. 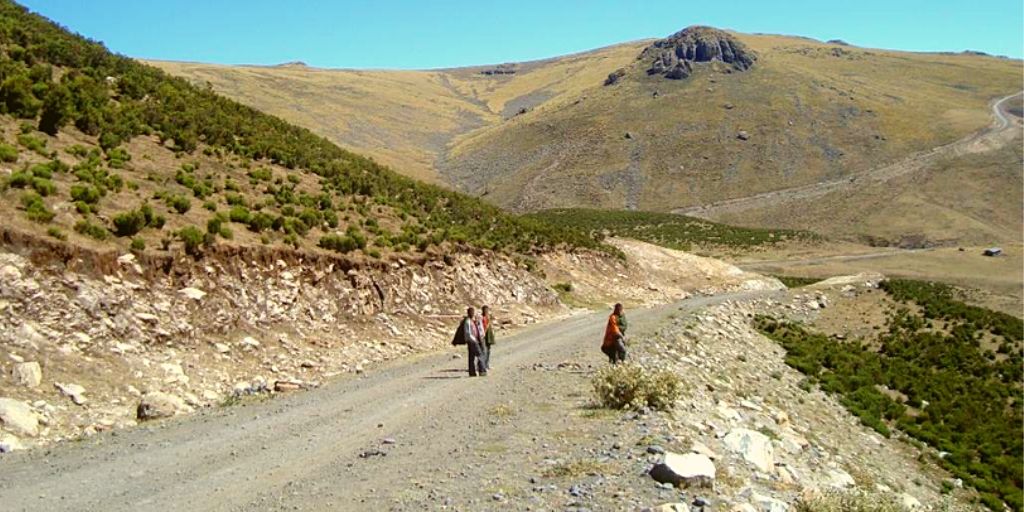 Located in the Northern Amhara region of Ethiopia, Mount Guna is a shield volcano with a prominent peak. The mountain is the source of a number of rivers, including the Gumar and Rib, which flow down the mountain to form the wetland ecosystem around Lake Tana, an important freshwater source for most of Ethiopia. 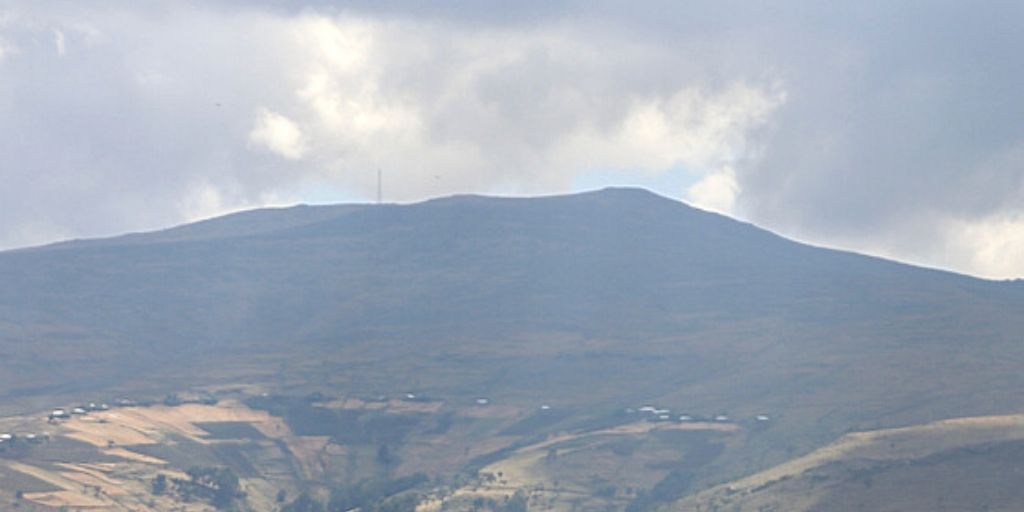 Mount Choqa is situated in Northern Ethiopia, with its slopes cultivated up to 3,000 meters, and a further barren, non-forested 1,100 meters up to its peak.

And that’s our take on Africa’s largest mountains. Have you visited any of these stunning peaks? Let us know in the comments section below!

Which Country Has The Most National Parks?

Spoor Meaning: What Exactly Is A Spoor?
Scroll to top