a wildlife guide to aardwolf

Within the sub-region savannah plains of both Eastern and Southern Africa lies the aardwolf, a part of the 4 species hyaena clade (scientific name: Proteles Cristata).

Aardwolves translate as “earth wolf” from Afrikaans to English, a reference to one of their social behaviour traits of burying. The mammal is also known amongst locals by the nickname “maanhaar (mane) jackal.” This fascinating mammal is quite unlike its relatives though, as it does not hunt large prey.

The aardwolf, despite its uncanny resemblance to the hyena, is actually a much smaller-sized insectivore compared to its carnivorous counterpart. 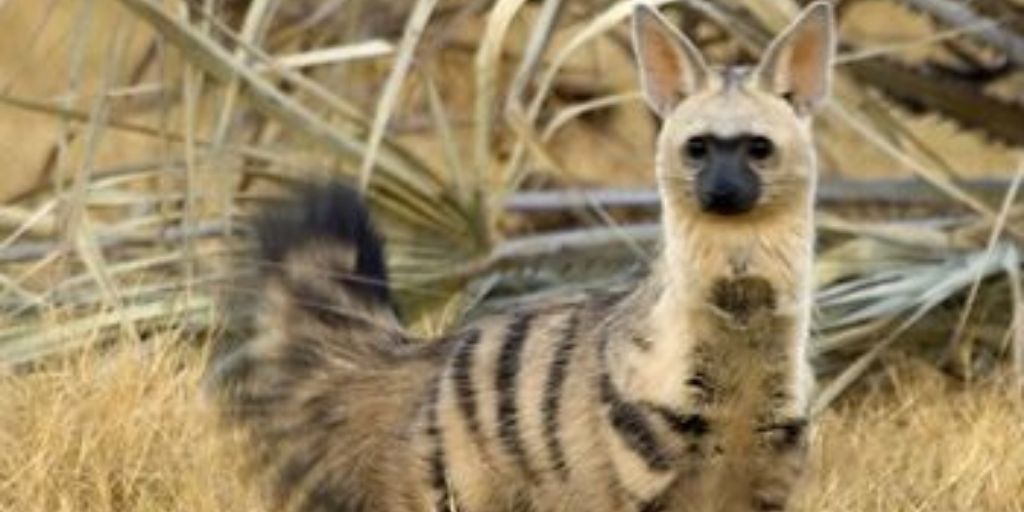 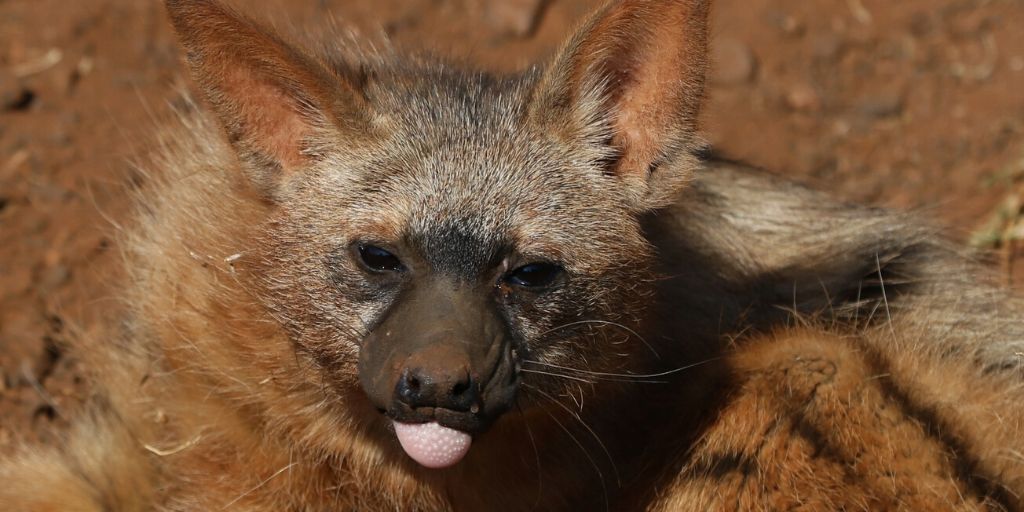 Today, two sub-species of the aardwolf currently exist, with a fur coloration ranging from a buff yellow-beige to a slight reddish-brown hue. Both species of aardwolves tend to spot paler underparts, double coats, downed with both vertical brown and black horizontal stripes all around its head, neck, torso and hindquarters.

Other certain physical traits of aardwolves include:

In addition, an aardwolf is similar in size to a jackal, and is able to reach a weight of around 9 kg by the time they’re 2 years of age. They reach full sexual maturity after 2 years, and their litter size ranges from a single cub to a maximum of five cubs.

Aardwolves live in distinctively discrete areas at present depending on the availability of their primary prey – with two stable sub-populations spotted along East and North-Eastern Africa as well as in a very specific sub-region extending into both Angola and Zambia. Avoiding woodlands and urban areas, these mammals tend to favour drier climates (preferring a maximum annual rainfall of 600 over 800 mm) with open savannah areas surrounded by sand, vleis, grasslands, and mild shrubbery.

Aardwolves have been reported as living in:

Unlike its larger hyena cousins, aardwolves do not scavenge or kill larger prey. Although they ‘re occasionally known to feed on insects and small mammals or birds, aardwolves are insectivores that feed primarily on termites. Trinervitermes termites are their preferred choice during the hotter seasons, and as these termites are only active during the night this contributes to aardwolves’ nocturnal hunting behaviour.

To forage for termites, aardwolves rely on their acute hearing and their well-developed sense of smell to locate termite mounds. Once they have located a termite mound they will then use their long and sticky tongue to lick termites directly from the ground surface. As they are not equipped with specialized claws and limbs like other insect eaters, aardwolves lack the capability to excavate for termites underground. However, aardwolves possess an excellent memory, and are able to memorize the exact location of termite mounds previously found, eliminating the need to source new termite mounds.

During colder or rainy seasons when Trinervitermes termites are scarce, aardwolves switch to feeding on Hodotermes termites instead, hunting in the afternoons instead of at night. 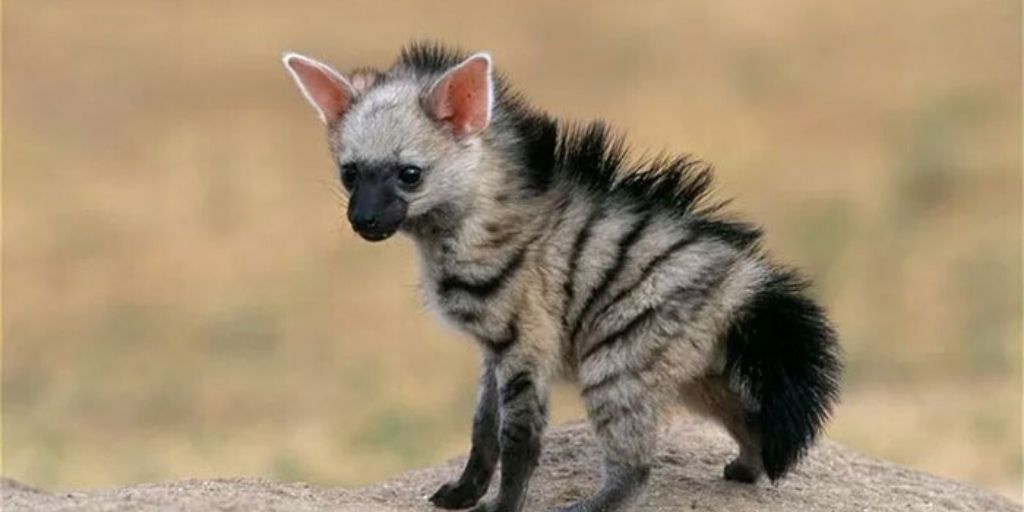 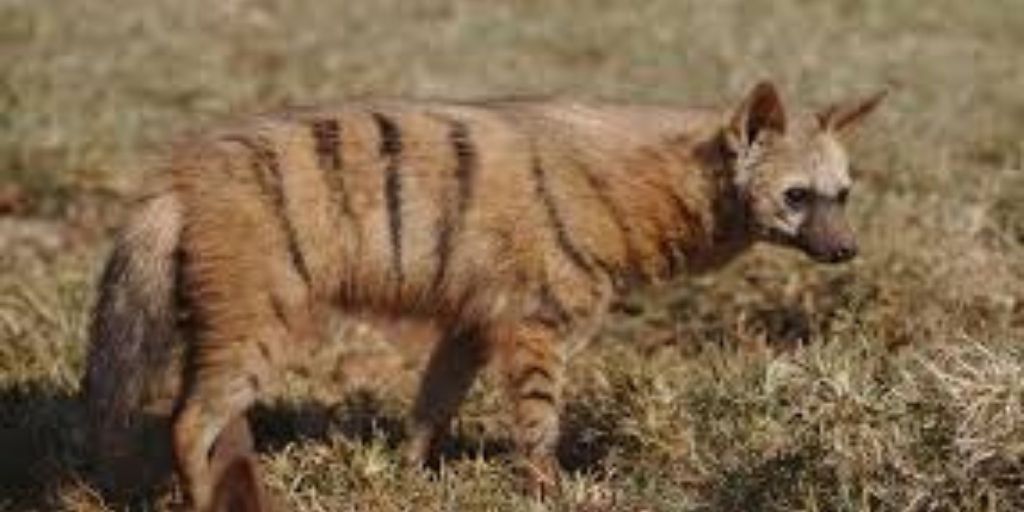 Aardwolves are naturally shy animals and are rarely seen during the day. They are usually nocturnal, seeking refuge from the heat in their subterranean dens during the daytime, coming out only at night to hunt when the temperature is cooler. During winter, however, aardwolves will become diurnal, feeding in the afternoons before retreating back into their dens at night to conserve body heat.

Aardwolves tend to occupy the abandoned dens of aardvarks, springhares or porcupines instead of creating their own. Their dens only have one entrance, along with several middens for defecation. The thermally-favourable conditions of their subterranean dens not only provide an escape from the extreme heat or cold, but also make for a perfect environment to raise cubs, and a safe-house from larger predators such as black-backed jackals.

Aardwolves are mostly solitary, but also live in pairs along with their young. They are also sometimes tolerable to other groups of aardwolves nearby. Once they have found a mate, aardwolves work together to raise their cubs. The female aardwolf typically spends her time foraging for food, while the male stays in the den to guard the cubs against any predators or threats. Each pair of aardwolves relocate to a new den every three to five days to avoid predation, especially if they already have cubs.

Did you enjoy learning more about the aardwolf? Have you ever met this unique creature face-to-face? Tell us about your aardwolf experience in the comment section below. Because those who care share!

Did you enjoy learning more about the aardwolf? Have you ever met this unique creature face-to-face? Tell us about your aardwolf experience in the comment section below. Because those who care share!