wildlife guide to the African elephant

The largest terrestrial animal – and one that you are bound to spot on your African safari – is the magnificent African elephant.

With three species of elephant on earth, two of these are found on the African continent, the shy and elusive African forest elephant (L. cyclotis) in the tropical rainforests of central Africa, and the large and imposing African bush elephant (L. africana) in sub-saharan African countries. 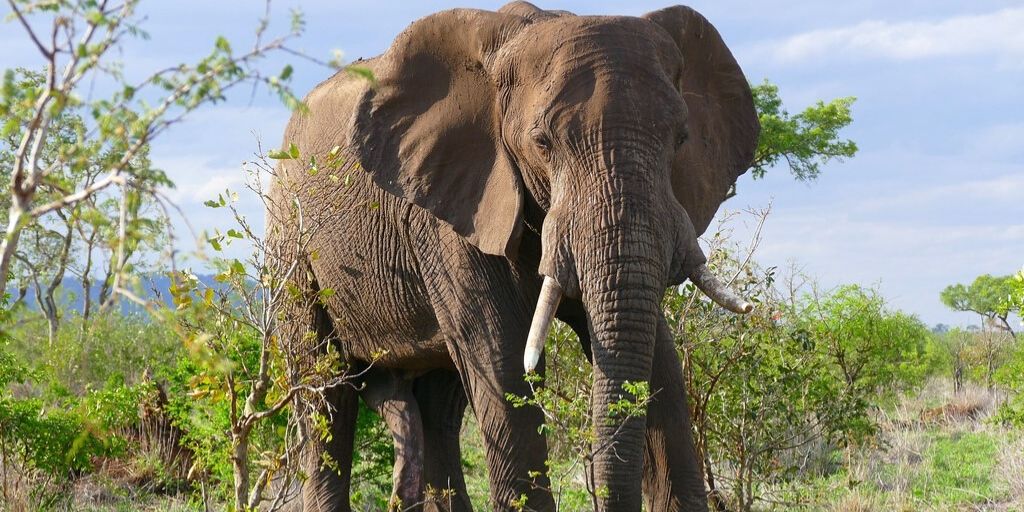 It would be pretty hard to miss an African elephant in the wild. These slow-moving creatures are massive in size with grey skin that can be either white with dried mud splatters and dust or dark after a refreshing bath.

But of course, the most characteristic part of an elephant is its trunk, which is an elongation of the upper lip and nose and is a handy tool for such a large animal, allowing it to pick up objects and food from the ground and pass it into its mouth.

Spotting an elephant in the wild, you might also notice it flapping its large Dumbo-like ears. This action cools down the elephant by circulating air around the large blood vessels of the inner ears. However, if an elephant is moving its ears slowly while maintaining direct eye contact, be wary and get out of the way – this elephant is definitely not happy and may be inclined to charge!

With their large tusks, one would imagine that elephants could easily defend themselves from predators and other threats, but unfortunately, the opposite has become true. Elephants are under threat by poachers who hunt these animals for their tusks, which fetch hefty prices on the illegal ivory market. 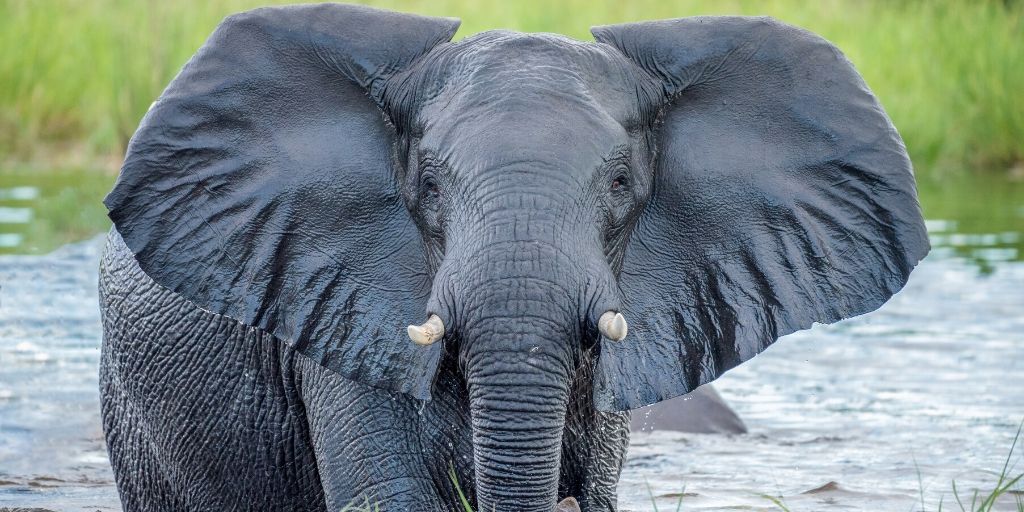 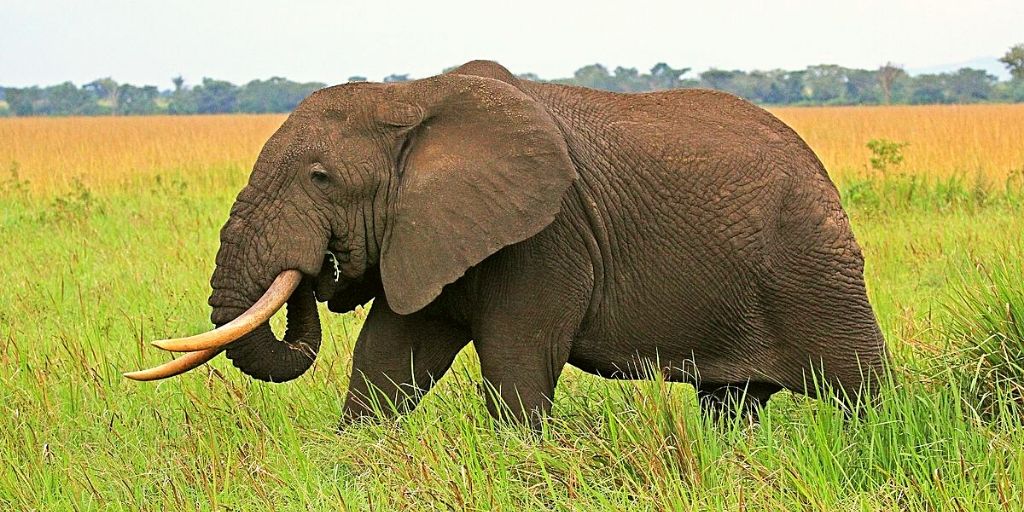 The African elephant is distributed throughout Sub-Saharan Africa, from miombo and mopane woodlands, to tropical rainforests. Whereas the bush elephant is relatively widely dispersed, the forest elephant is found only in Central Africa.

With a range that spreads all the way from Uganda and Kenya in the north down to Namibia and South Africa in the south, the African bush elephant has quite a wide habitat to choose from. Although they are not adapted to rainforests like the forest elephant, bush elephants nonetheless move through subtropical and temperate forests. However, they are also able to survive in the most inhospitable areas, such as the deserts of Mali and Namibia, where water is scarce and life is hard.

Both bush and forest elephants are herbivores and cause quite a bit of damage to their surroundings while feeding, especially when they use their tusks to tear off branches from trees. Everything they eat ends up in the hindgut, which allows the elephant to eat large amounts of foliage throughout the day.

With the difference in habitat, the diet of bush and forest elephants subsequently also differ, albeit only slightly. Whereas the African bush elephant’s diet consists of grasses, herbs, leaves and bark, the forest elephant also feeds on leaves and bark but also a wide variety of fruits. Both animals supplement their diets with calcium from mineral licks and mineral-rich waterholes. 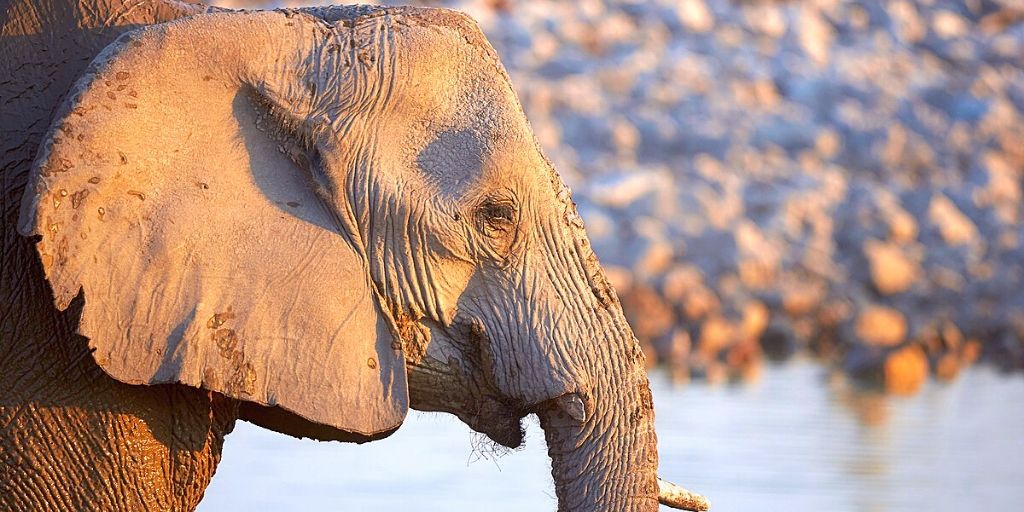 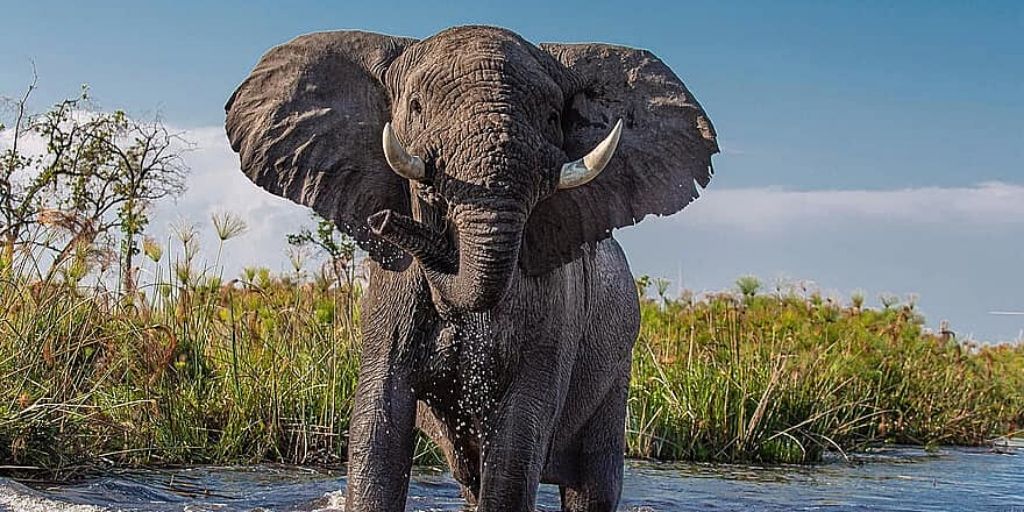 Both African elephant species live in matriarchal family units led by an older cow and made up of adult cows with their daughters and sub-adult sons. As soon as a bull reaches puberty, he leaves the family group and may form an alliance with other bachelors. Perhaps due to the lack of predators found in rainforests relative to savannas, African forest elephant family groups are somewhat less cohesive than their bush elephant counterparts. African elephants communicate with each other using low-frequency infrasonic calls, some of which are below the threshold of human hearing. They are also able to detect sounds and vibrations through the ground through their feet.

Cows that are in estrus, meaning they are ready to mate, will make loud calls to attract nearby bulls, who will compete fiercely with each other to gain access to the cow. Cows are able to start reproducing at 10 years but are at their most fertile between 25 and 45. The gestation period of elephants is quite long, with the result that African elephant cows will only give birth a couple of times during their lifetime. With forest elephants, the mother will care for her young for many years before having another calf. African elephants practice what is known as allomothering, whereby the calves are cared for not only by their mothers but also by other young cows in the family.

What do you love about elephants? Let us know in the comments below!