wildlife guide to the hyena

Of all the wild animals, the hyena seems to have a bad rap that won’t go away. Sure, they lack in grace and charisma, but there is much more to hyenas than “filthy scavengers.”

While these animals will not think twice about devouring rotting meat, some hyenas are skilled hunters and can bring down prey as large as the wildebeest or the Cape buffalo.

Hyenas are witty, courageous, and smart and have no apologies to make. They are also incredibly caring and nurture their cubs better than many other animals.

Many people assume that they are closely related to dogs, but in the real sense, hyenas are more alike to cats than they are to dogs. In fact, they are members of suborder Feliformia, which is a grouping of cat-like carnivores.

There are four species of the hyena namely:

This article will shed light on the hyena, and burst a few myths. In the end, maybe, you will cut the animal some slack. 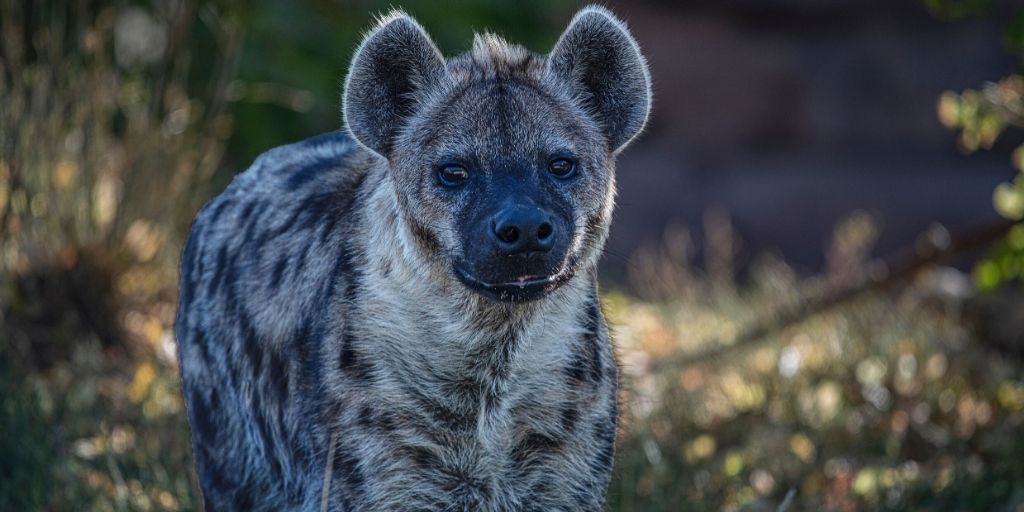 The four different hyena species are almost as diverse as they are alike, with notable differences in habitat, diet, and even characteristics.

Here is a look at the distinctive features of each species.

This is the largest species of hyena. Interestingly, the male spotted hyena is 10% smaller than the female. Spotted hyenas are, on average, 77 to 81cm long, and weigh between 40 and 86kgs.

The spotted hyena has a short brown/greyish coat with black spots. It has hair on its neck that slopes forward or stands vertically when the hyena is excited.

These are the second largest hyenas, weighing anywhere between 34 and 72kgs. Their main distinguishing factor from other hyenas is their long, black/brownish shaggy hair.

These hyenas have grey or brownish colored hair and a black muzzle. They get their name from the black stripes on their torso, legs, and head.

These are the smallest species of hyena. They weigh between 8 and 14kgs and measure up to 105 cm. Size aside, an aardwolf resembles the striped hyena in color and fur texture. 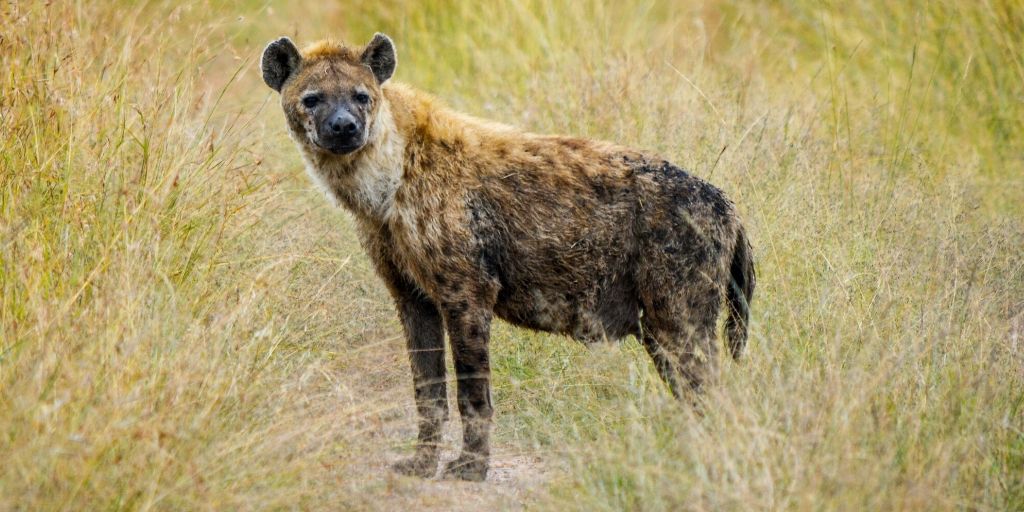 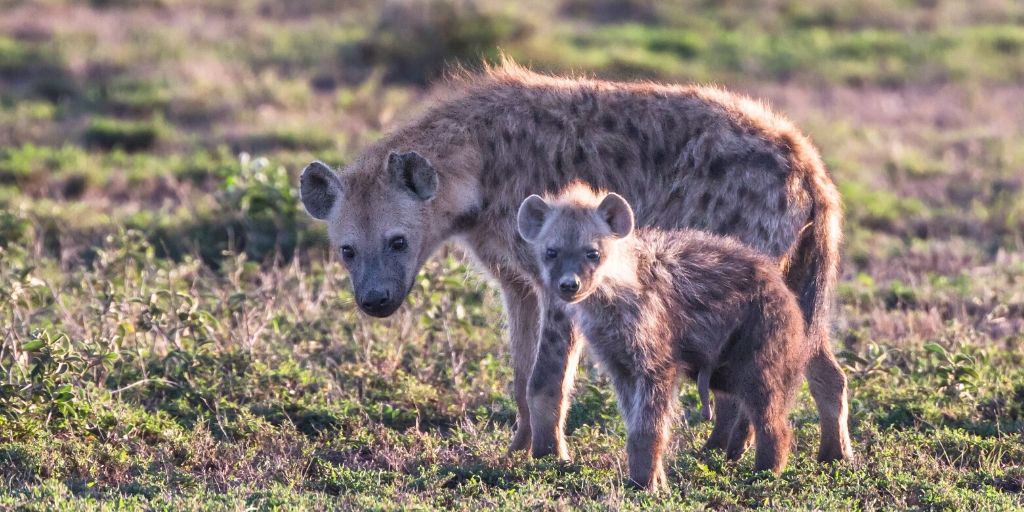 Aardwolves live in open, dry bushland and plains and restrict themselves to areas with significant reserves of termites.

On the other hand, Brown hyenas live in savannahs, desserts, and semi desserts, while striped hyenas are found in scrub woodlands and mountains.

Striped hyenas can be found in the Middle East and Northern Africa.

Hyenas range in diet as much as they range in habitat.

Aardwolves are mostly insectivorous, feeding primarily on termites. Although termites secrete a toxin, it does not seem to affect aardwolves in any way. These hyenas can consume up to 30,000 termites per night.

The other hyena species are carnivores.

Spotted hyenas are predatory mammals and hunt for survival. They prey on antelopes, wildebeest, hippos, lizards, fish, foxes, and insects. They also feed on eggs.

For the Spotted hyenas, the size of prey depends on how many hyenas are in a clan. The more members there are, the more confident they are about hunting down larger prey.

Brown and striped hyenas are scavengers and are happy feasting on carcasses in different stages of decomposition.

Hyenas eat almost everything on their prey, including bones and hooves. 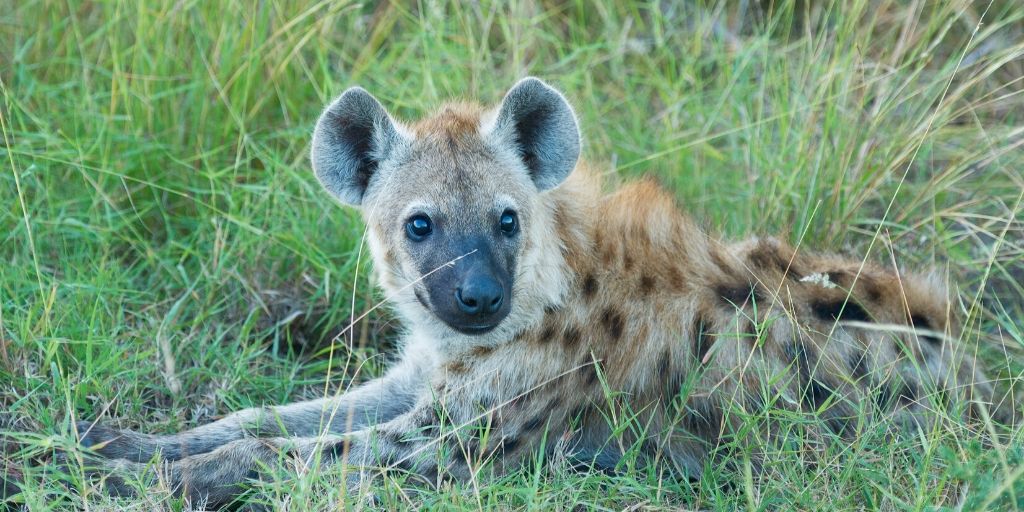 Hyenas are social animals that live in groups called clans. A single clan can have as many as 80 members.

Mating among hyenas typically happens outside the individual clan, but it only happens after a courtship period of about seven days.

Female hyenas give birth to between two and four young ones, known as cubs.

Mothers in a clan then share the responsibility for rearing cubs as other members go out to hunt. Mothers even nurse each other’s cubs when the respective members are away.

Cubs nurse for a year and eat nothing but their mother’s milk for the first six months of their lives. They are considered mature after two years.

Here are ten interesting facts about the hyena.

Hyenas never seem to get any good press and often get painted as the antithesis of beautiful and graceful wildlife. They have been hated on and ridiculed for as long as they have been in existence, but maybe things will change someday.

Did you enjoy learning more about the hyena? Have you ever met this unique creature face-to-face? Tell us about your hyena experience in the comment section below. Because those who care share!