wildlife guide to the African leopard

Leopards are among the extant species belonging to the genus Panthera family but are on the IUCN’s Red List of endangered species.

There are eight subspecies of the leopard:

There had been assumed to be 27 leopard species before 1996. Later on, however, mitochondrial analysis only found there to be only eight valid species. The tiger has been crossbred with the lion, puma, jaguar, and tiger.

Today, the leopard is listed as vulnerable because its populations are under threat from habitat loss and fragmentation. 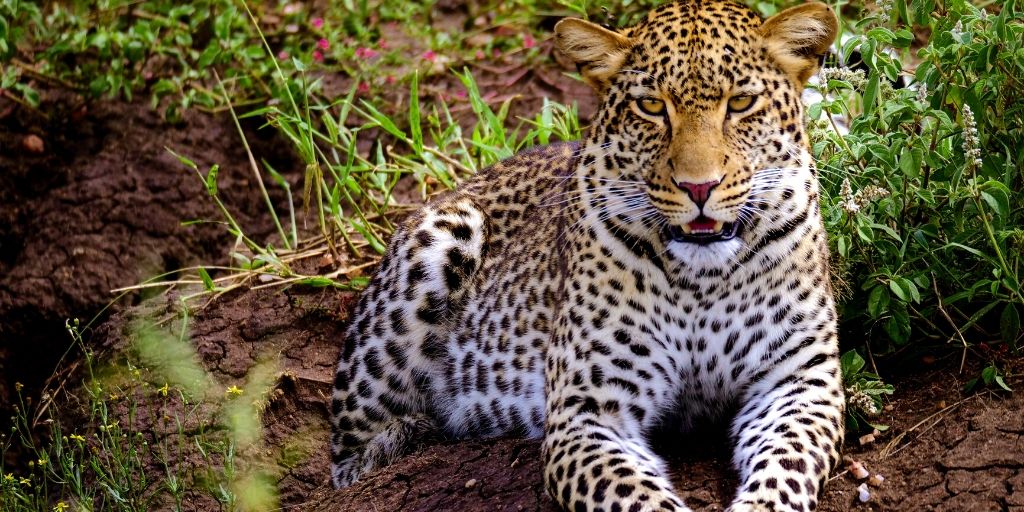 Leopards, the smallest of the big cats, are anywhere from 6 to 10 feet long and weigh between 66 to 176 pounds.

Unlike the cheetah, leopards have a shorter torso and neck, thicker legs, and a 90 cm tail.

Their coats are short, pale straw, grey buff to deep ochre, and chestnut. This coat is covered in large black spots grouped into rosettes on the shoulders, back, upper arms, and flanks. The lower limbs, head, neck, and throat have smaller spots, and the belly has large blackish blotches.

There is also a rarer black leopard with a darker coat and less visible spots. These are often confused for the black panther.

It’s this same exquisite beauty that places these gorgeous cats under poachers’ radar.

Known for their hunting prowess, here are some features that support their lifestyle: 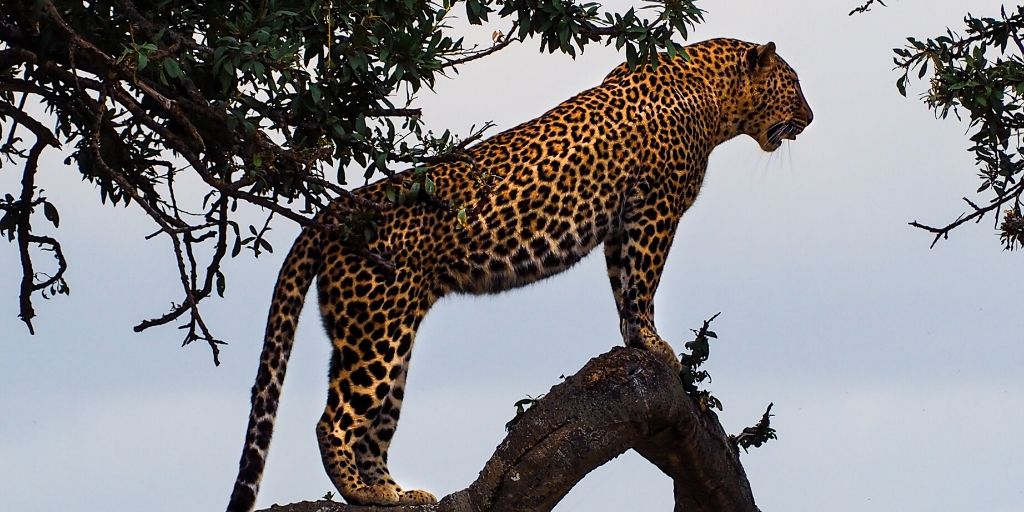 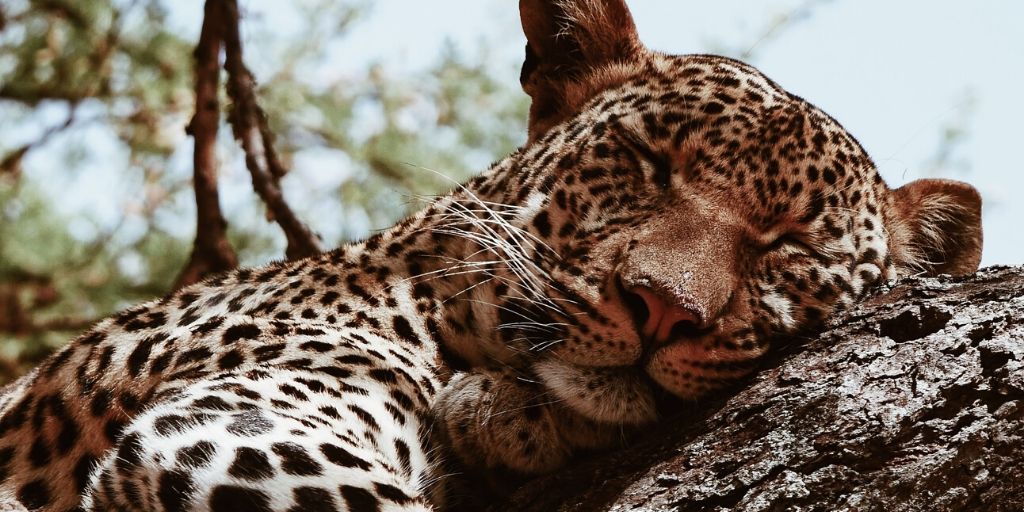 The leopard has the most extensive distribution of all the big cats. They have a heavy presence in sub-Saharan African countries such as Zambia, Botswana, South Africa, Kenya, and Tanzania.

Outside Africa, leopards can be found in Iran, the Himalayas, Central and South East Asia, India, Eastern China, Manchuria, Atlas mountain, and the Korean Peninsula.

Combined, the worldwide leopard population is estimated at 700,000 animals. Unfortunately, their numbers have been on a steady decline in recent years.

Leopards can live in a range of habitats, including forests, grassland savannahs, deserts, woodlands, coastal scrubs, mountains, and swampy areas.

Leopards are carnivores, but not as picky as other big cats. This gives them an incredibly flexible diet.

Despite having generalist palates, individual leopards do tend to develop a taste for certain animals. These ones tend to look out for these specific animals almost exclusively.

But generally, you can expect them to eat smaller animals that cross their path, including gazelles, baboons, cheetah cubs, snakes, rodents, monkeys, antelope, and warthogs.

Leopards are good swimmers and can take a dive to catch fish or crabs. Leopards are also gorilla’s only known predator.

Like cheetahs, leopards are ambush predators. They crouch and stealthily sneak up on prey before pouncing when the target least expects it. Their survival depends on their ability to do this, as they are unable to expend the amounts of energy required to chase down prey.

In proper form, the leopard has its legs bent, and it’s head low, with its belly almost touching the ground. It stalks for 3 to 10 minutes before attempting to catch its prey. Sometimes, it will give chase if its prey gets spooked and runs off.

It kills by delivering a powerful bite to its prey’s neck. This damages the victim’s spinal cord, after which it strangles the prey with its powerful jaws.

Leopards are also known to catch prey by observing and pouncing from up a tree!

If they sense a possibility of their catch being stolen, they will hoist their carcass up a tree, out of reach and sight for other big cats. They also hide large prey in trees to eat slowly over several days. Leopards are also known to hunt for more while having an unfinished carcass up a tree.

Not big water drinkers, leopards can survive on moisture in the prey they eat. 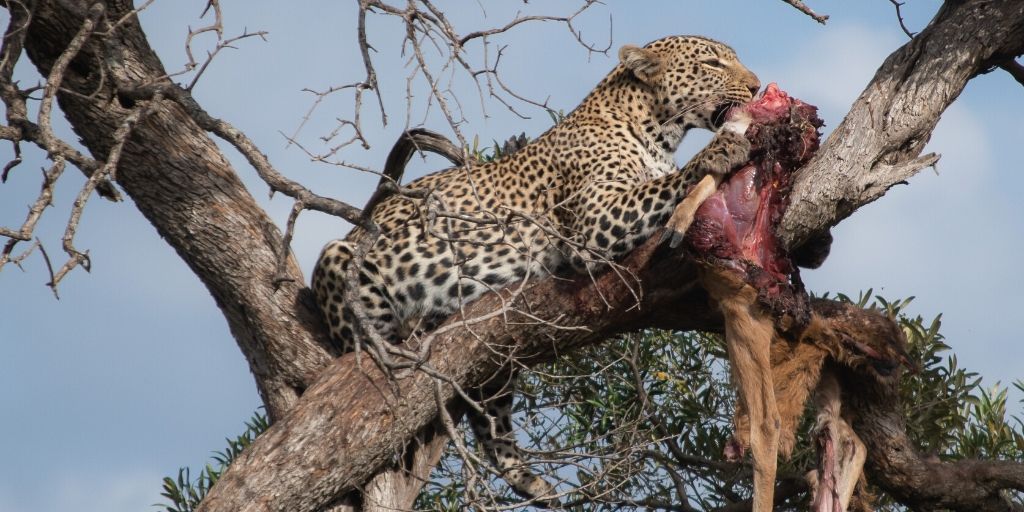 Unlike lions that adopt a family life, leopards are both territorial and solitary animals. This, and their ability to camouflage and hide, have earned them the ‘introverts of the wild’ title.

Social ties are confined to females taking care of their young and teaching them the skills that will determine their survival in the wild. On the other hand, adults-only associate for mating, staying together for a couple of days during the mating season before parting ways.

These cats have strong maternal bonds. Even though cubs are independent at 22 months, their mothers still keep them around, nurturing them until they are fully independent.

Leopards are nocturnal and spend most of their night hunting and sleep during the day.

These cats have mastered the art of remaining elusive and hiding in plain sight. This quality might explain why they still enjoy larger numbers compared to other big cats.

However, leopards are still at risk as growing human populations keep pushing them out of their habitat where they come into conflict with human beings.

While their dwindling numbers can be blamed on many reasons, it is the poachers’ poisoned arrows and bullets that have made the greatest impact. If we don’t change our ways, we may not have them around for very long.

Did you enjoy learning more about the cheetah? Have you ever met this unique creature face-to-face? Tell us about your cheetah experience in the comment section below. Because those who care share!