wildlife guide to the African mongoose

The mongoose is one of the most fascinating creatures on earth.

They are often mistaken for rodents due to their pointed faces but in fact, they are part of the Herpestidae family. This particular scientific grouping also includes meerkats and civets.

There are 34 different species of mongoose, and although they are mainly found in Africa, certain species do occur in Asia and Europe. In general, they are terrestrial animals but some species are semi-aquatic and others have even been found to live in treetops. 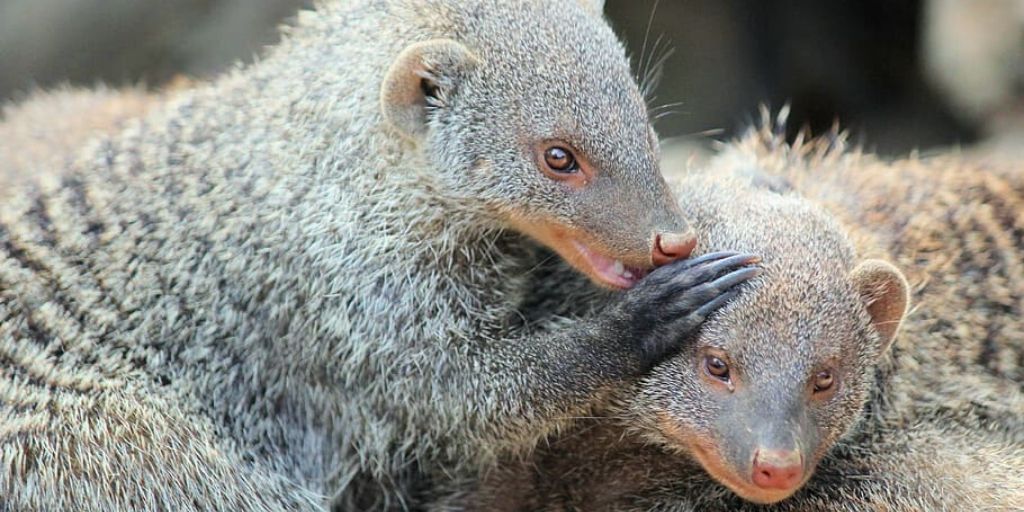 All mongoose species are short-legged animals with long bodies, pointy noses, furry tails, and small ears. The diminutive dwarf mongoose is the smallest species of mongoose with the average adult reaching between 17 and 24 cm in length.

The largest mongoose species found in the Egyptian mongoose which can reach up to 60 cm in length as an adult. The tail of the mongoose is often as long as the body and head combined. They range in weight from just 0.5 kg to 5 kg depending on the sex and species of the mongoose.

The majority of the mongoose species have short brown or grey fur that is grizzled in appearance. A few of the species sport interesting ringed tails or stripey coats.

They all have nonretractile claws that are used to dig burrows and search for food. Many of them have got scent glands that they use to mark their territory or to communicate with other members of their family pack. 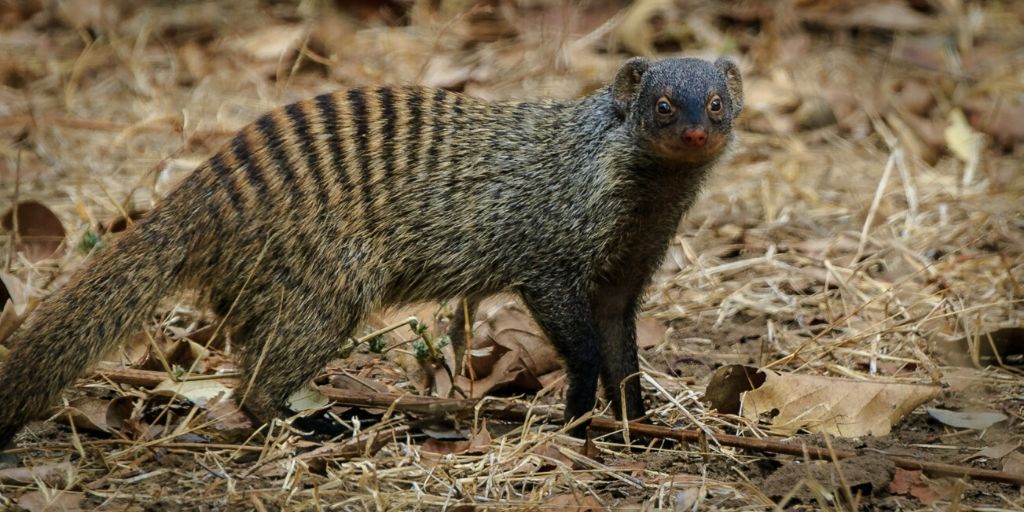 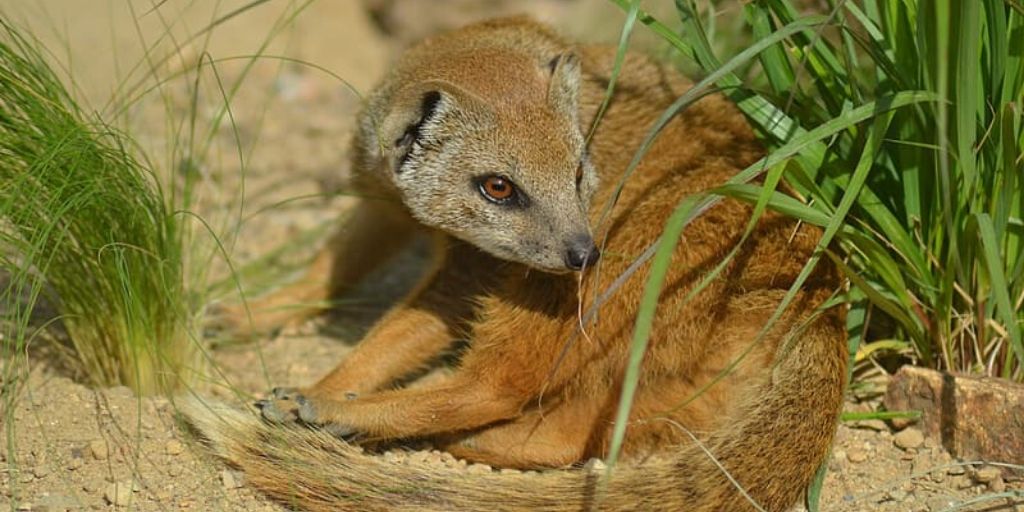 Mongoose are primarily found in Africa and their range extends across the whole continent, with some species of mongoose living on the Iberian Peninsula and in southern Asia.

Most species of mongoose live in complex subterranean tunnels or borrows. Their habitat ranges from the sands of the Kalahari desert to the marshes of Madagascar.

The Indian gray mongoose was introduced to Hawaii, Mauritius, and some Caribbean islands to kill off local rodent species. They have been seen to thrive in these new habitats which shows that they are highly adaptable to change. However, these introductions have proved disastrous for the native animal species whose populations have been severely depleted by the mongoose.

The diet of the mongoose depends on the particular species, but they are all omnivores. In general, they survive on small animals such as rodents, frogs, insects, worms, birds, snakes, and fish. They will supplement their diet with any vegetation that occurs in the area, including berries, roots, nuts, and seeds.

A number of species of mongoose eat eggs and they are known to steal eggs from chicken farms. They crack open the eggs by standing on their hind legs and throwing the egg against a rock or hard surface until the shell has broken. The mongoose species that live along the coast have been known to eat sea turtle eggs and even the eggs of certain sea birds. 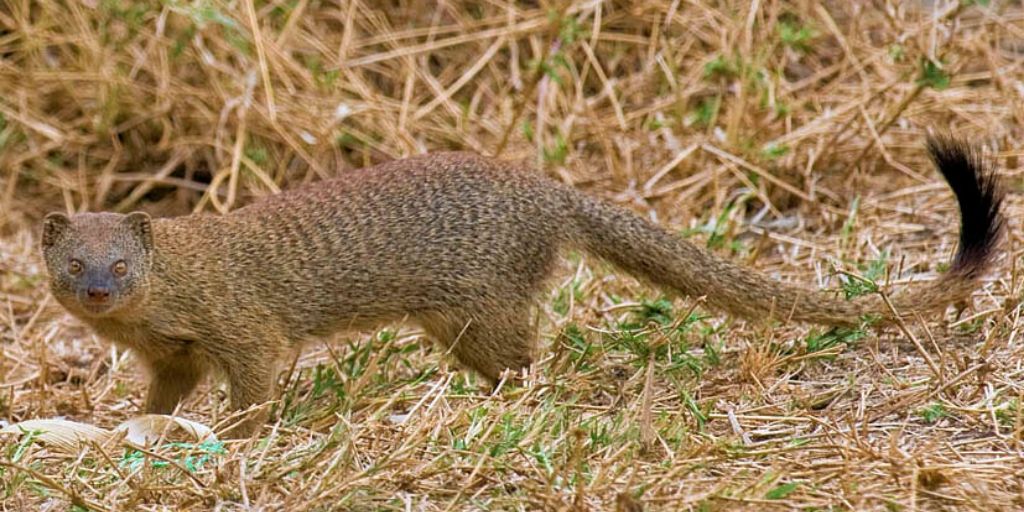 The banded mongoose is one of the most well-known species of mongoose that lives in large groups. They are known to live, fight, forage, and travel together as a team. They tend to live in one area for about a week before moving on to find new food sources.

Some species of mongoose are solitary or live in breeding pairs. However, the majority of mongoose species live in large social groups. There are generally a few lookouts posted throughout the day to keep the group safe. Some members of the group will look after the young while the rest of the group forages nearby.

Mongoose constantly make noise throughout the day, and some researchers have noted that the chatter appears to include variations in sound like human speech. The theory is that they are communicating possible dangers, foraging information, and group movements.

Did you enjoy learning more about the meerkat? Have you ever met this unique creature face-to-face? Tell us about your meerkat experience in the comment section below. Because those who care share!