wildlife guide to the caracal

The caracal is an imposing, interesting feral cat that’s found in many regions globally, from the hills and savannahs of Africa, through the Middle East and into Central and Southwest Asia.

Known in some places as the Persian Lynx or the Desert Lynx its scientific name is Felis Caracal.  It’s a stunning looking feline that really stands out with its great looks, and the fact that it hunts a vast range of different animals. 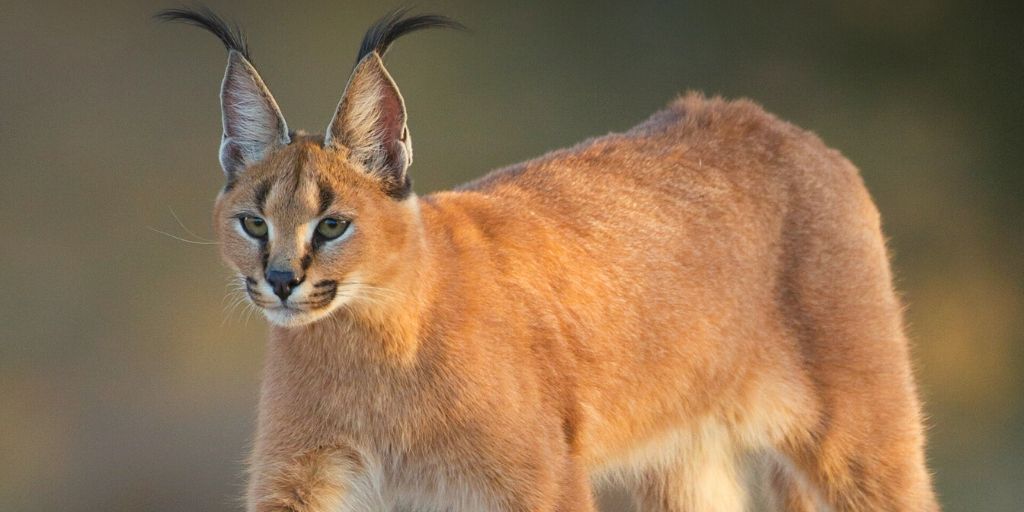 The caracal has a reddish-gold coat and gold, short hair. If you pay close attention, you will notice that it has a line of white fur around the eyes too. Like many other predators the caracal’s ears point straight up, though can sometimes be hard to spot due to the large hair tufts. In fact, there’s speculation that these animals can communicate with each other via ear twitching.

An adult can weigh anywhere from 9 to 18 kg. Despite the fact that they can be a little heavy, they are still very agile and they can hunt their prey with lots of attention and carefulness until they get to find them. The regular caracal is roughly 24 to 42 inches in length. When it comes to height, most specimens reach around 0.45 meters, which is about as tall as the border collie.

The caracal tail is long, anywhere from 20 to 30 cm in length. They use their tail in a variety of ways, but the most common use is to turn and shift direction while running – think of it as a rudder that helps control the direction of a boat!

Most caracals have very powerful, strong legs. When they are hunting, their legs are functioning in a similar way to the coiled springs, since they leap into the air if needed. Like many other carnivores, the caracal also has very sharp claws. What a lot of people don’t know is that the caracal will go in tees and mark their territory there. They do that by releasing a scent usually found between their toes. This is an aggressive animal, so it will attack if you enter its territory. 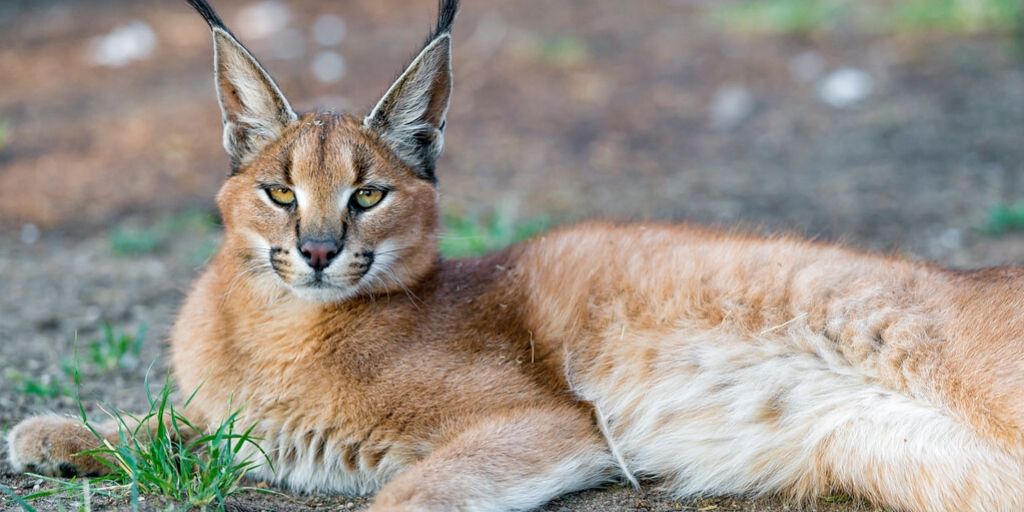 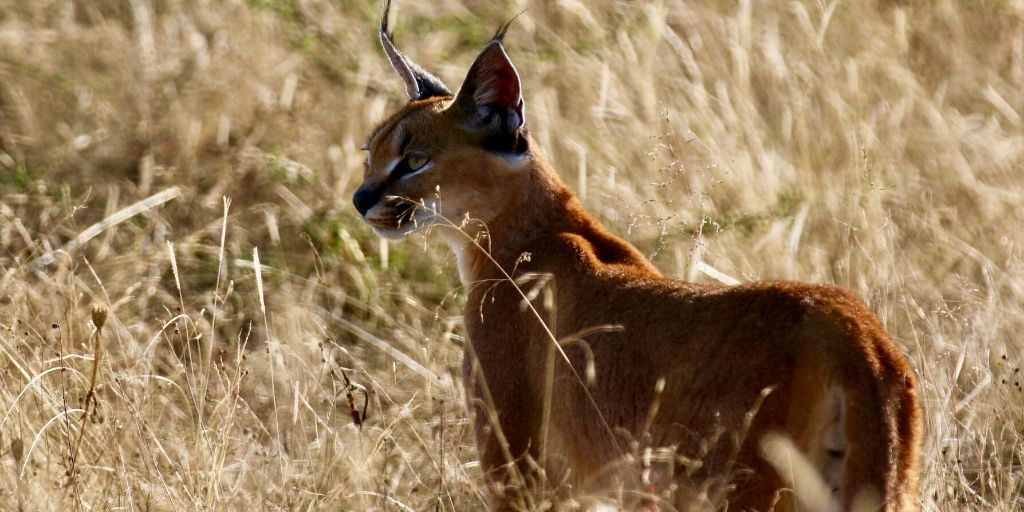 While you can find caracals in Asia and the Middle East, most of them live in sub-Saharan Africa. They enjoy dry environments, more specifically mountains, woodlands and savannas. While it might be hard to imagine an animal like the caracal in a savanna, the interesting thing is that they don’t need a lot of water to survive. They get most of the fluids they need from their prey, which means they just need to hunt to survive.

You will mostly find caracal living in rock crevices, burrows, tree branches and even in bushes. There are no specific numbers when it comes to the caracal population, but the species is not endangered, and its not an animal that’s going to be extinct soon, as there are lots of specimens all over the world.

The caracal has a varied diet. It’s a carnivore, and it’s also a very speedy animal too. Thanks to its speed it can easily eat and catch a vast range of different animals. That’s why the caracal diet is quite impressive. It will eat lizards, snakes, birds, rabbits, and impalas. They tend to avoid the wiry and stiff hair on their prey, however, they do eat feathers and even rotten meat.

The fact that they eat such different foods all the time makes it easier for them to survive in a variety of environments. On top of that, it’s important to note that they can sometimes attack farmer lands and eat goats, sheep, or any livestock.

They are known for traveling quite a distance in order to find prey. Some of these animals will cover up to 18 km a day whilst hunting, which it does mostly at night. 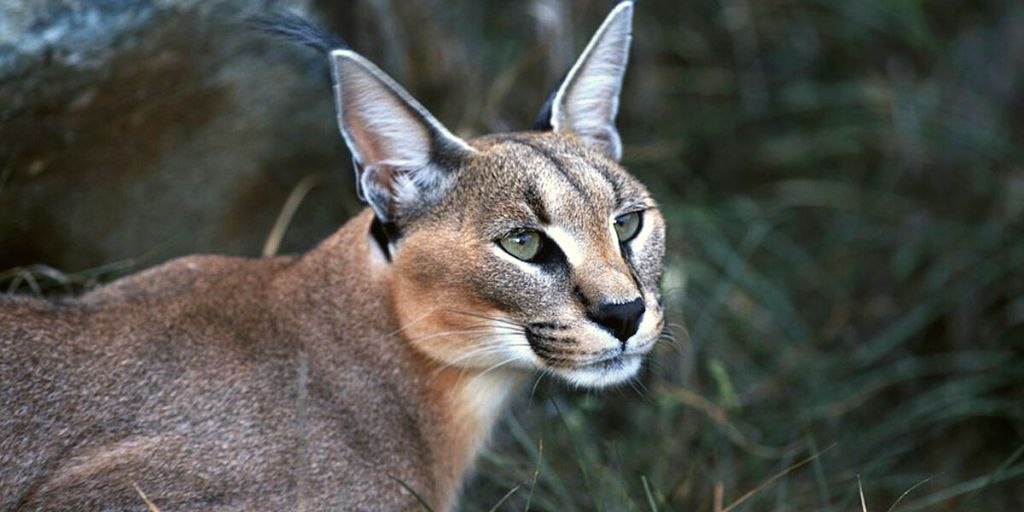 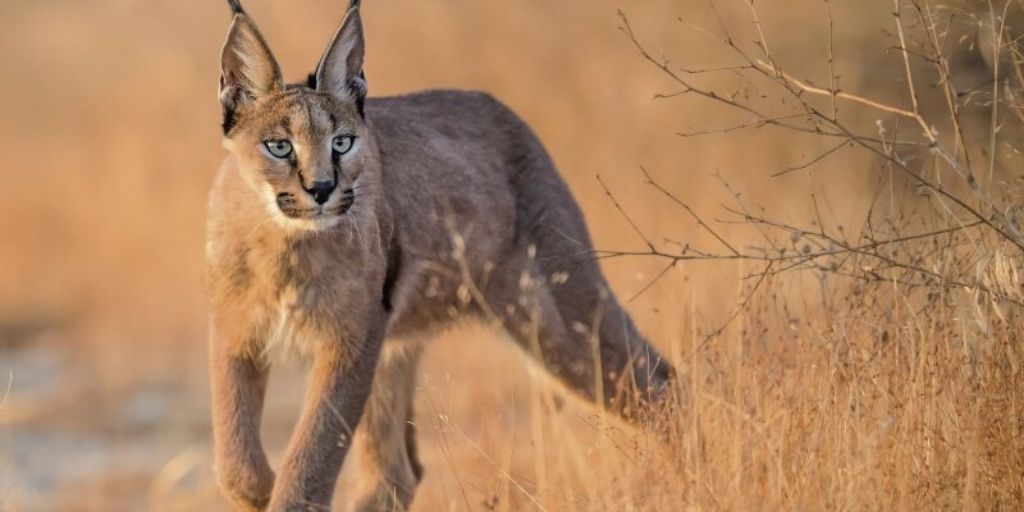 The caracal is a rather solitary animal, tending to sleep during the day to conserve energy, hunting at night time when the temperature is cooler.

Caracals have a mating call that’s similar to a cough. When that happens, multiple males will compete to gain the attention of a female. Once they mate, the male leaves the female to raise the baby caracal (kits) on her own. The female will carry the kits for up to 80 days in general. She will give birth in a burrow and she can have anywhere from 1 to 6 kits, although the most common number is two.

Caracals are known to move around, not staying in the same place for a long time. That’s because the adapted to survive, and they do a very good job at constantly reaching new locations. The main threat to caracals are hyenas and lions, which are known to hunt them.

Have you had the opportunity to see a caracal in the wild? Let us know your safari experience in the comments below!