wildlife guide to the African lion

Lions are the second-largest living cats after tigers.

It’s often difficult to tell males from females in bigger cats, but this isn’t the case with the lion. Male and female lions are quite distinct, thanks to the bushy mane encircling the male lion’s head.

Like human hair, this thick mane thins with age and failing health. The thicker and darker the mane, the healthier a cat is likely to be.

There are two subspecies of lions today: 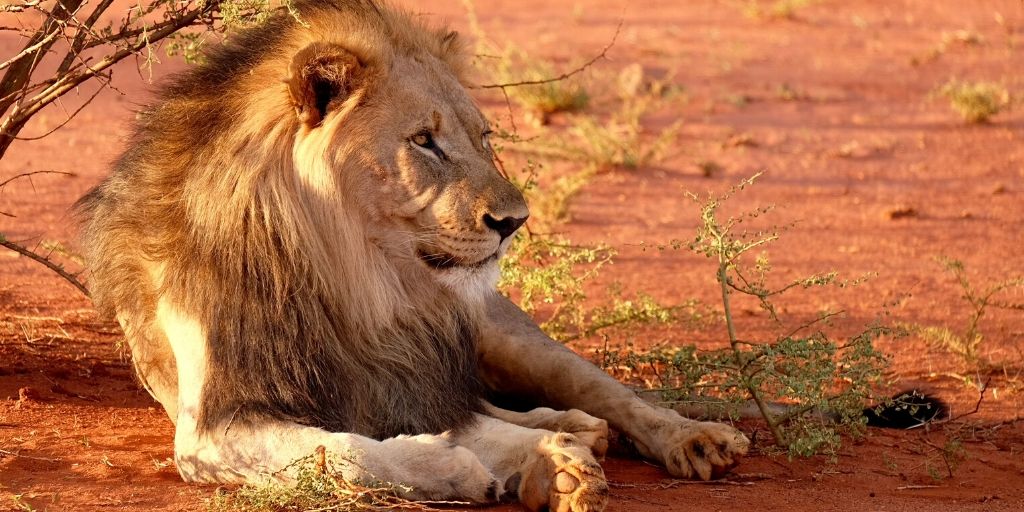 The so-called ‘king of the jungle’ is a muscular cat that is bigger than the cheetah and the leopard.

The male’s head looks significantly bigger than it actually is, thanks to its mane. The mane also helps males to intimidate other animals and impress females.

Lions have short coats, ranging from orange-brown, buff-yellow to dark brown. They also have about a meter long tail with a tuft at the tip that’s darker than the rest of the coat.

Their tan color is a form of adaptation that helps them blend in with savannahs, desserts, and woodlands. Interestingly, a lion’s skin sits loosely on its body to protect its underside from the kicks of the hoofed animals it preys on. 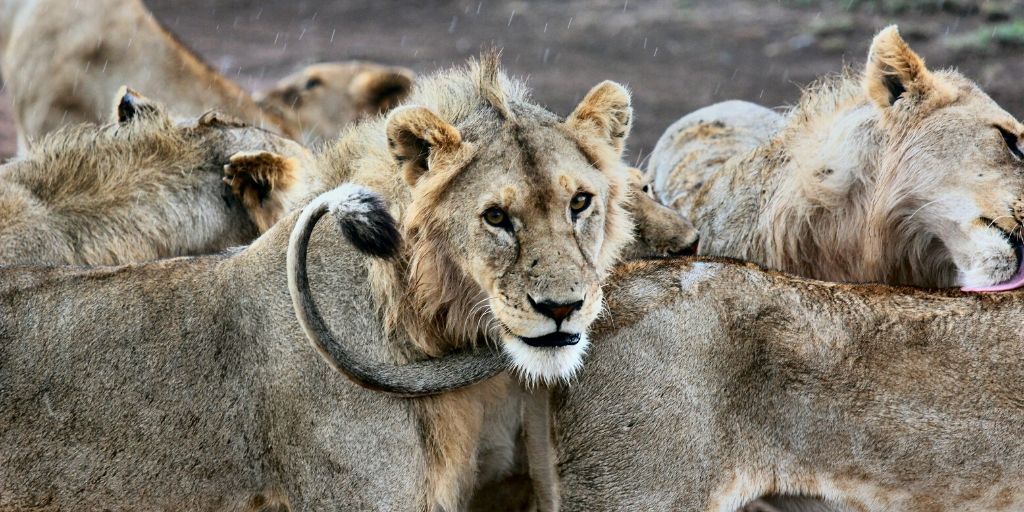 In decades past, lions ranged in most of Europe, Asia, and Africa. Today they are mainly found in Africa, South of the Sahara. Gir Forest National Park, a protected area in Western India, also has a small population of what are known as Asiatic lions.

The West African lion originates in Senegal and is critically endangered. There are less than 900 of them and can be spotted in Benin, Senegal, Nigeria, Burkina Faso, and Niger.

The Central African Lion originates from the Belgian Congo and can be found in DRC and Uganda. It’s entirely extinct in Rwanda, as is the Cape lion.

South African lions are the largest in Africa and are found in Botswana, Zimbabwe, Malawi, Namibia Zambia, and Botswana.

Lions are nocturnal animals and live in a variety of habitats. However, they prefer the savannah, open woodland, dense scrub, and grasslands.

Unfortunately, the lion population has decreased by 43% in the last 21 years, to the current estimated population of only about 23,000 mammals today.

The lion is an obligate carnivore, meaning it relies on flesh from animal tissues for its nutritional needs. A lion’s body is unable to produce the amino acids it requires for survival. It must, therefore, eat meat.

Lions may consume the odd plant material, oftentimes accidentally, but their systems lack the enzymes to digest or break down plant matter.

Luckily, the lion is an apex predator, meaning it can hunt most animals in its habitat. It also cannot be hunted by animals within its habitat.  This is what makes it the king of the jungle.

They also feed on smaller game such as hares, birds, lizards, and mice.

Besides hunting down their prey, they also meet their dietary requirements from scavenging. Older lions who can no longer hunt tend to depend solely on scavenging.

After a successful hunt, vibrant, adult males of the pride eat first. They are followed by lionesses and cubs, with older lions eating last.

Lions need 5kg to 7kg daily of meat daily and are known to feed every 3 to 4 days. They can, however, go without a meal for a week, after which they can eat about 50kg of meat in one seating.

Lions can drink water daily when available but can go 4-5 days without it. During this time, they obtain moisture from recently eaten food.

These mammals have strong, sharp teeth to tear meat and rough tongues to aid in peeling the skin off their prey to get to the fleshy bits. 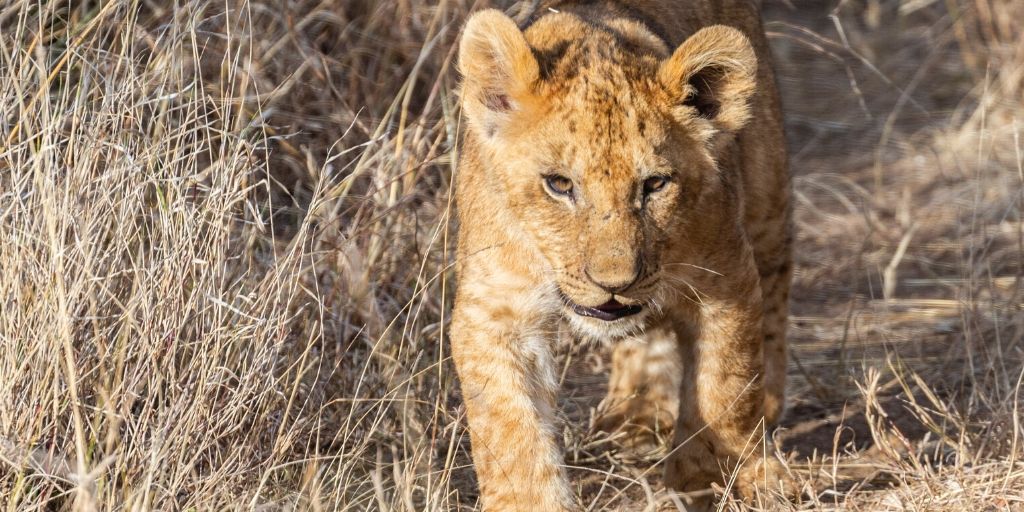 Lions dedicate a few hours for hunting in a typical day and sleep the rest of the time.

Quite the social animals, lions, live in groups, with a pride of lions consisting of about six related females, their offspring, and two to three resident males.

The males join a pride from different locations, characteristic of fission-fusion societies, with daughters being adopted into their mother’s pride.

Lions have multiple ways of communicating. They can meow, growl, snarl, and purr. They also use facial expressions, licking, head rubbing as well as visual and chemical marking to communicate amongst themselves.

They hunt collaboratively. Usually, a pride of lions will circle a herd of prey, driving a victim into an ambush. The hiding lions, usually the females, then attack the target from the front or the side.

The lion was likely christened as king of the jingle due to its sheer size, might, and its position in the food chain.

Befitting as it is, the lion’s habitat is more of savannah than the jungle.

King of the savannah is unlikely to catch on, but one thing is for sure: the lion is the mighty king of the wild.

Have you ever met this unique creature face-to-face? Tell us about your lion experience in the comment section below. Because those who care share!