who & what what are ‘the ugly five’ animals?

If you’ve been on safari you’ll probably be aware of  ‘the big five’ of buffalo, elephant, leopard, lion, and rhino. You may also be aware of the little five, or small five animals – rhinoceros beetle, buffalo weaver, elephant shrew, leopard tortoise, and the antlion. However… did you know that there’s also a group of animals that have been unfortunately christened ‘the ugly five’? Sad but true, the ugly five are made up of hyena, wildebeest, vulture, warthog and the marabou stork. Each is beautiful in their own way, and all are relatively common throughout southern and eastern Africa – so make sure you keep an eye open for them when you’re next on safari. 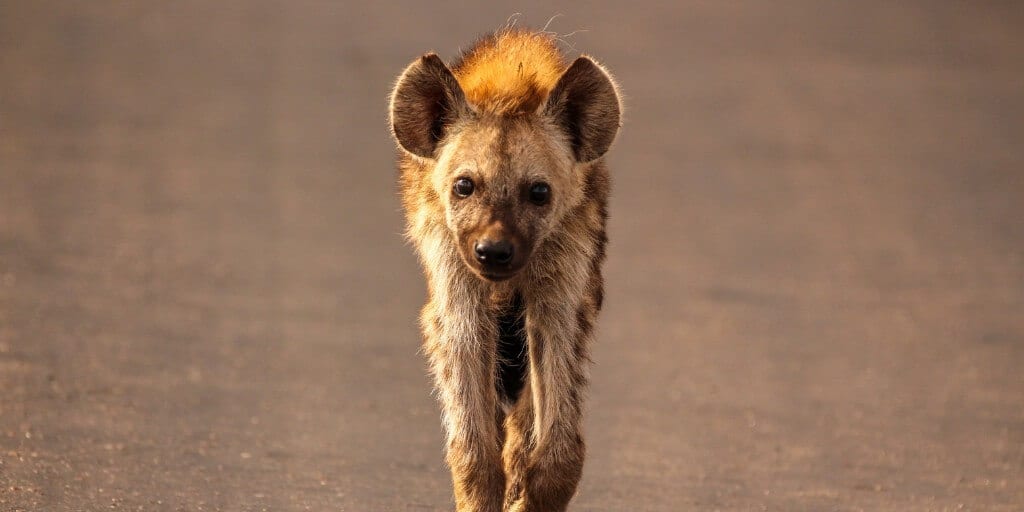 There are four species in the hyena family, varying in size. Hyenas are unique and vital components of most African ecosystems, both taking advantage of other animals’ kills for easy meals and hunting themselves. The size of a hyena kill or scavenge is generally determined by the size of the hyena’s clan, which can run to dozens. They often hide extra food in watering holes, since nothing is wasted. Hyenas will eat every part of an animal, including bones and hooves.

Hyenas can adapt to almost any habitat and are found in grasslands, woodlands, savannas, forest edges, sub-deserts and mountains. 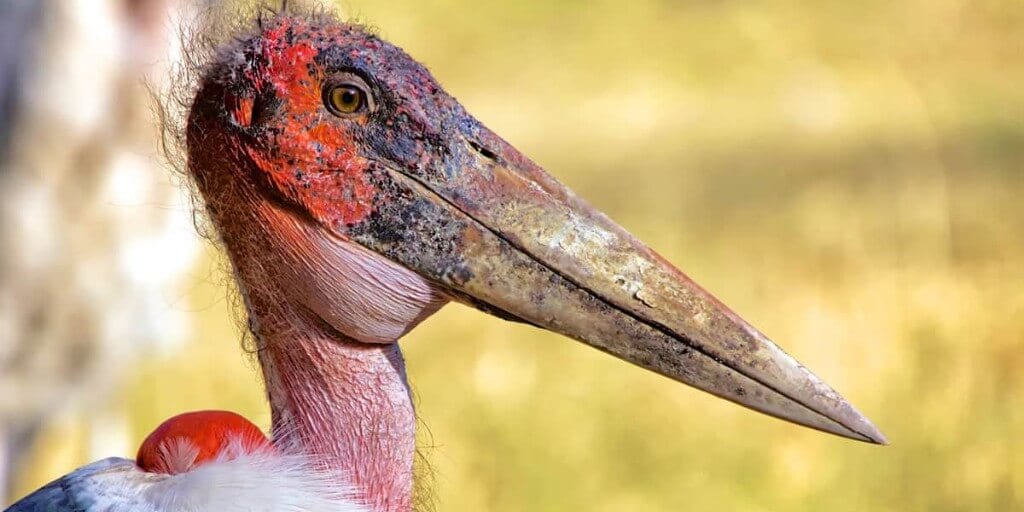 Maribou storks are large wading birds found in Africa south of the Sahara – in both wet and arid habitats, often near human habitation, particularly landfill sites.

They’re an unusual looking bird, bald-headed with wisps of hair, perhaps worthy of their addition to the ugly five. They have a wing span of 2.6 metres and a height of 15. metres. Interesting maribou stork fact: they have hollow leg and feet bones, an adaptation to help them fly

Marabous are scavengers eating anything from termites, flamingoes and small birds and mammals to human refuse and dead elephants. They also feed on carcasses with other scavengers such as vultures and hyenas.

Read more about the Maribou Stork. 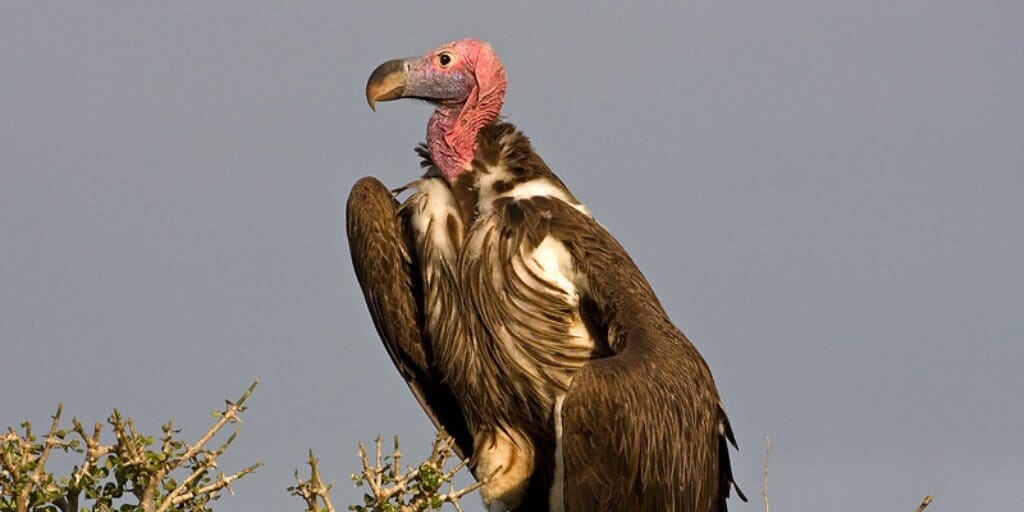 Vultures are scavenging birds of prey, who love nothing more than to  pick on carcasses of dead animals on African plains. Africa supports 11 vulture species, of which size are confined to the continent only. Sadly seven of these 11 vulture species are categorised as endangered or critically endangered

Vultures are affectionately known by nature-lovers worldwide as ‘Nature’s Clean-up Crew’. They’re one of natures most successful scavengers, and help clean our landscapes like no other. 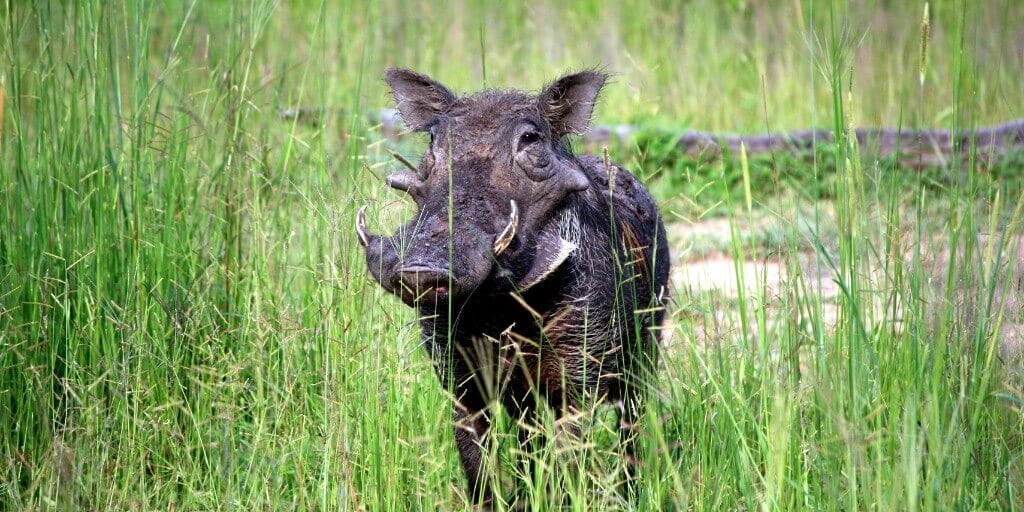 Warthogs are normally found in family groups, where they spend most of their time either looking for food or wallowing in the mud at waterholes. At night they shelter in burrows, entering tail first.

Warthogs have a wide distribution acorss sub-Saharan Africa, with a preference for open woodland and savannahs, and are not endangered. 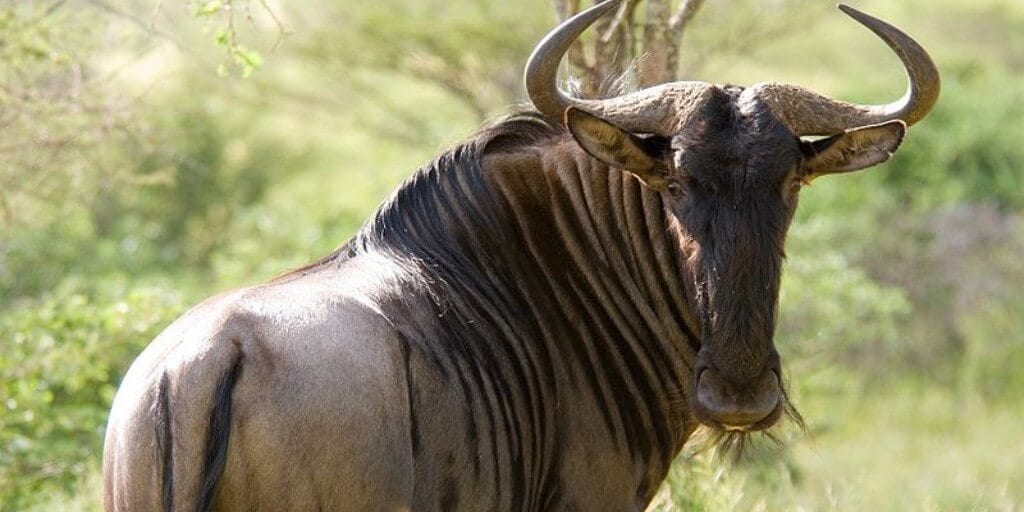 Wildebeest are primarily grazer, enjoying grass, and the occasional shrub and herbs, living in hers of between ten and many thousands. They’re characterised by a long black mane and a beard of hair hanging from the throat and neck, along with their short curved horns, with males weighing up to 250kg.

Their preferred habitat is open grasslands, with their reknown seasonal migration being an optimised survival strategy giving them access to and use of resources over huge areas, minimising over-grazing during both wet and dry seasons.

Have you seen the ugly five animals and are are looking for a new wildlife challenge?  For safari aficionados up for ticking all the ‘I’ve seen’ boxes, have you heard about the other groups of 5 animals? 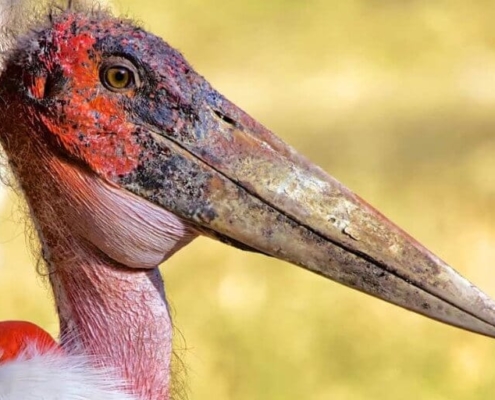 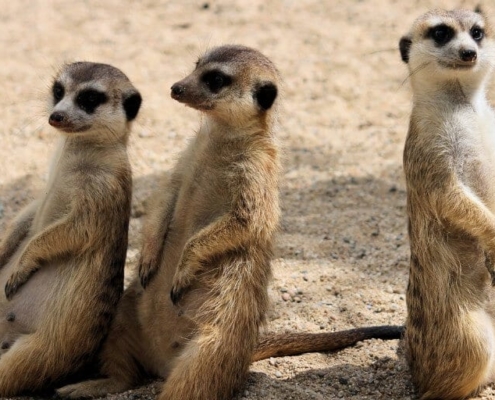 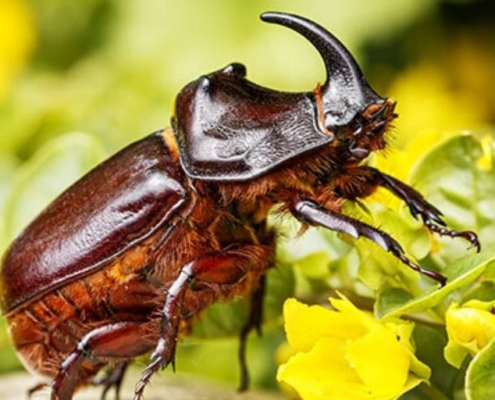 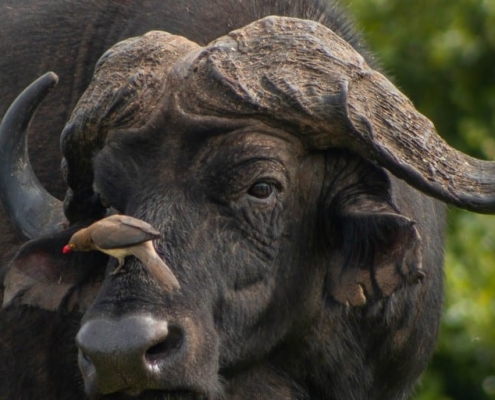 Collective Nouns For Birds Of Africa

What Are The World’s Largest National Parks?
Scroll to top