the seven natural wonders of Africa

Did you know that Africa has its very own seven natural wonders?

We all know about the Seven Wonders of the Ancient World, and the many newer attempts to define the wonders of the world, but as of February 2013 we now also have the Seven Natural Wonders of Africa. These were announced in Arusha, Tanzania, after being selected by popular voting between tourism and conservation experts from around the world, such as members of the International Union for the Conservation of Nature.

The competition was fierce, given the African continent’s plethora of outstanding natural phenomenon, but the final list of Africa’s seven natural wonders is below*, in no particular order. 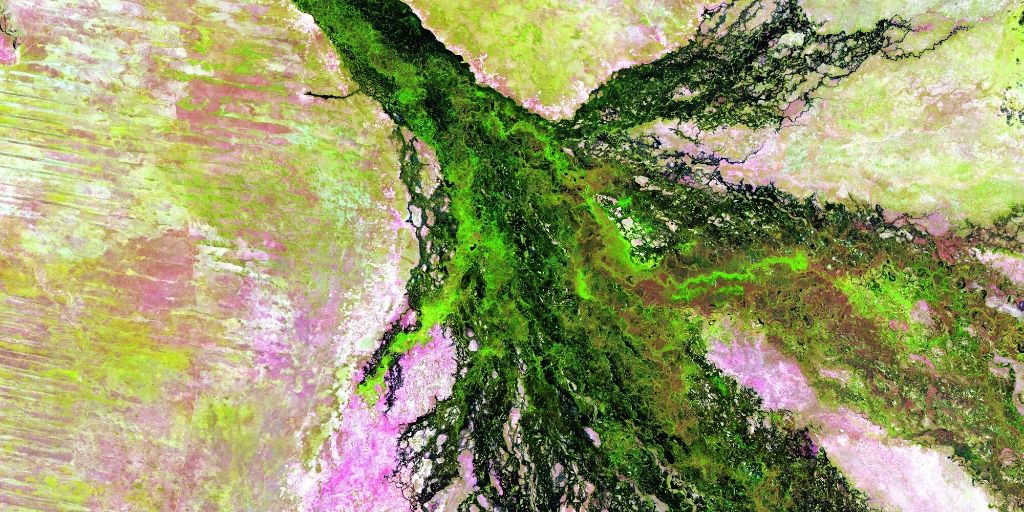 The Okavango Delta is a huge, swampy inland delta in the heart of the Kalahari Desert in northern Botswana. At around 15,000 square kilometers, the delta is the largest wetland wilderness in the world and a place where African wildlife in untrammeled by human interference and the safari experience is truly second to none.

The whole delta area is very flat (with less than a 2 metre height variation), which leads the delta to flood each year*, turning the sprawling grassy plains into a lush animal habitat into a maze of channels, streams, rivers, lagoon and islands, all teeming with wildlife. At its widest point the delta spreads to a width of 170km, and from July and September over 200,000 animals migrate from the surrounding desert to drink in this gigantic watering hole – one of the only sources of water during the dry period.

Read more about the Okavango Delta >> 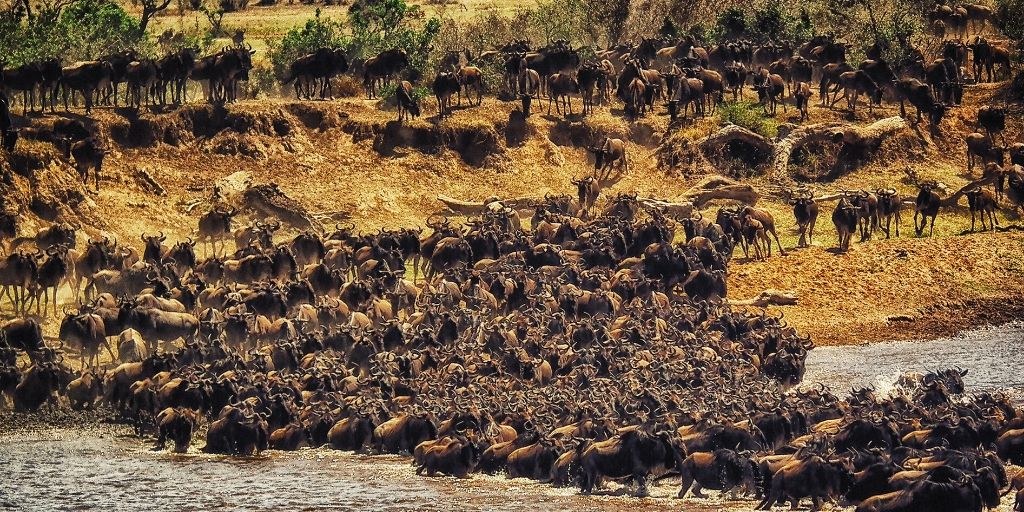 The Great Migration through Tanzania and Kenya each year is the largest overland wildlife migration in the world. Huge herds totaling up to 2 million wildebeest, zebra and gazelle move in an 800 km circuit clockwise through the Serengeti and Maasai Mara ecosystem in search of the best pastures and access to water. These grazers are followed by lion and other predators in their thousands, and waited for patiently by crocodiles in the Mara and Grumeti Rivers as the herds follow their inner compass – and each other – in their never-ending circular journey. 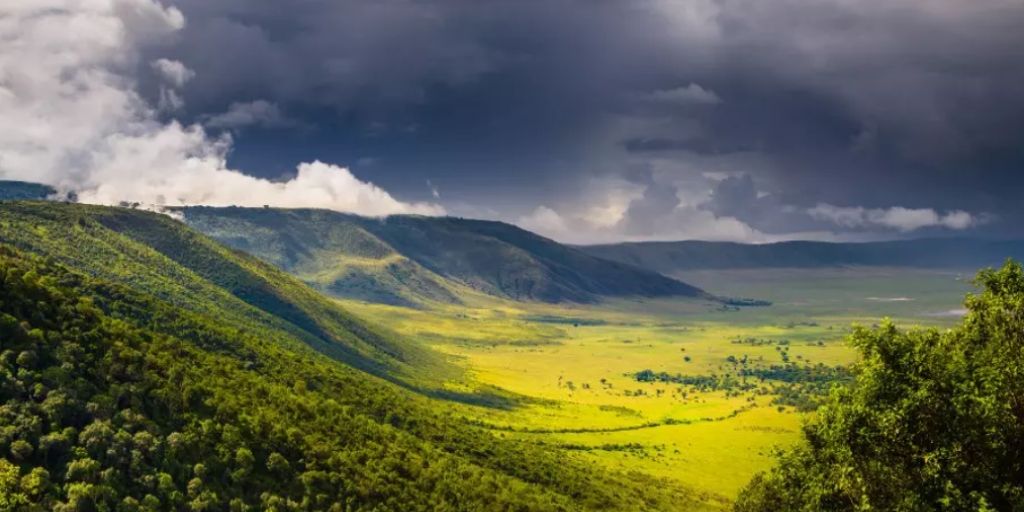 The Ngorongoro Crater is the heart of the Ngorongoro Conservation Area in northern Tanzania. A UNESCO World Heritage Site, the crater is a huge inactive volcano caldera, formed an estimate 3 million years ago when a mega volcano erupted and collapsed in on itself. The Ngorongoro crater is now a mix of grassland and forest covering 264 kilometers square, and home to some of the best wildlife viewing in Africa. There is a good range of accommodation options around the volcano rim, offering views across the crater floor and around the crater rim, making an excellent base from which to descent into the volcano floor for a day’s safari. Often referred to as ‘Africa’s Garden of Eden’ the Ngorongoro is home to an estimated 30,000 animals!

Tanzania (though a stunning view from across the border in Kenya!) 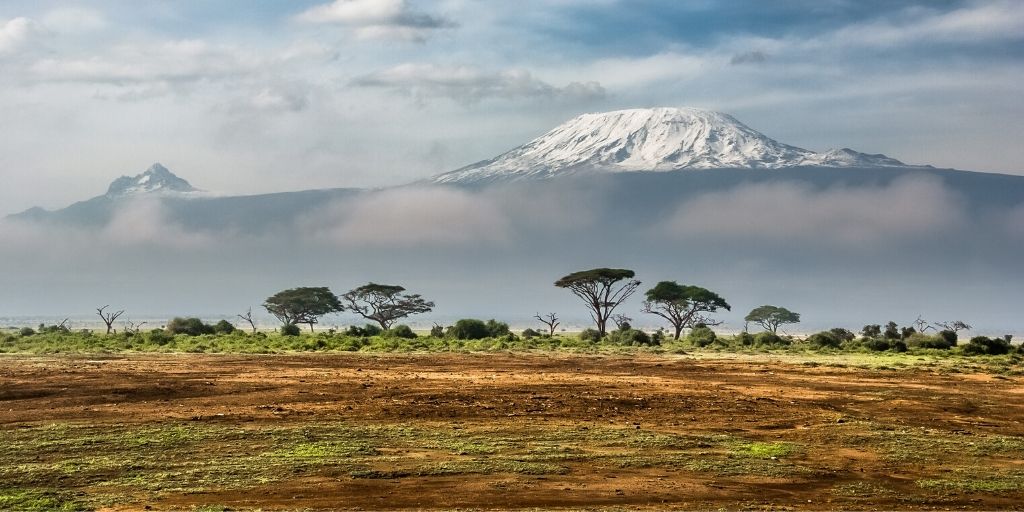 Mount Kilimanjaro is a dormant volcano, the highest mountain in Africa, and the tallest free-standing mountain in the world – measuring 5,898 meters above sea level. Mount Kilimanjaro is a very popular trekking and climbing destination, with a number of official trekking routes leading to the peak of the mountain. Because the ascent and descent are relativley easy and require no technical climbing skills, Kilimanjaro sees tens of thousands of peak attempts each year. The mountain actually has seven peaks and is formed of three distinct volcano cones – Kibo, Mawenzi, and Shira. 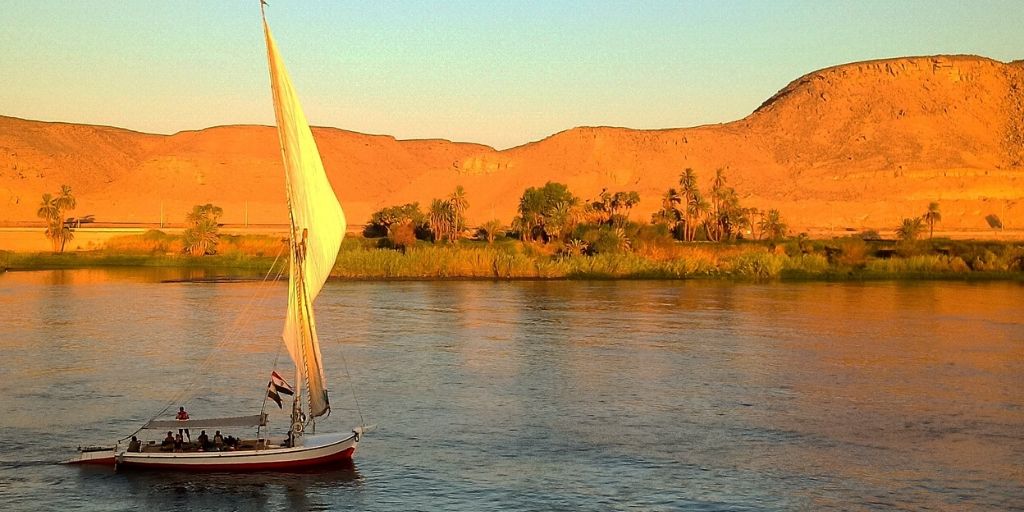 At 6,650 kilometers, the Nile is the longest river in the world, flowing northwards through 11 African countries to empty into the Mediterranean Sea via Egypt’s Nile Delta. The river gave birth to the ancient Egyptian civilization, with virtually all of the major cultural and historical sites of Egypt situated on the banks of the Nile. Even today, in Egypt and Sudan the Nile is the primary water source for the entire population.

Unusually, the river has two sources – the White Nile coming from East Africa’s Great Lakes, and the Blue Nile beginning in Etiopia’s Lake Tana. These two tributaries meet just outside the Sudanese capital of Khartoum.

Read more about the Nile River >>

Coast of Egypt, Eritrea, and Sudan 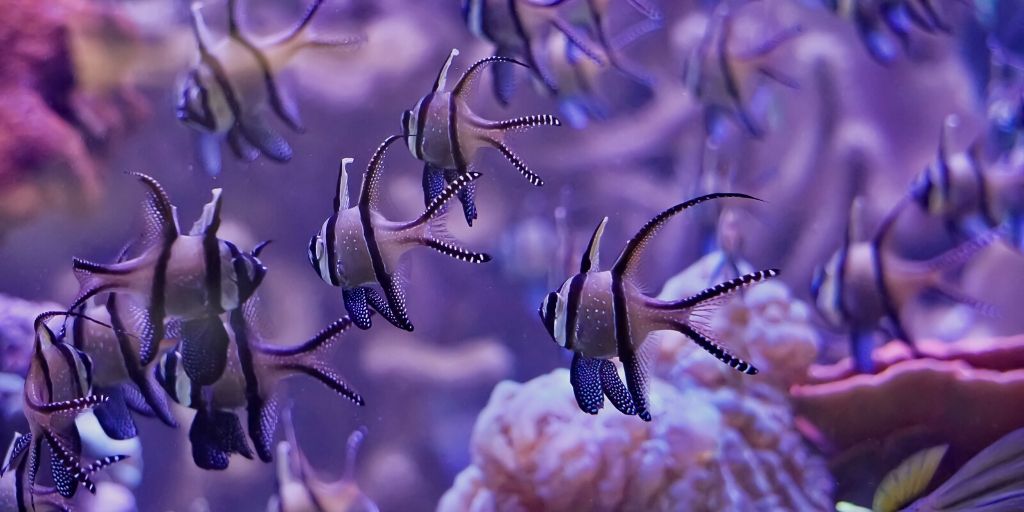 The Red Sea is a long, thin inlet of the Indian Ocean located between the Middle East and Africa. The surface area is 438,000 milometers square, 2,250 kilometers long, and 355 kilometers wide at its widest point. The extensive network of shallow shelves of the Red Sea is famed for its variety of coral and marine life, with over 1,000 species of invertebrates and 200 hard and soft coral species, many of which are endemic to the Red Sea. Over 44 species of sharks visit the reefs of the Red Sea to feed and breed. The variety of sea life, plus superb visibility makes the Red Sea a popular location for scuba diving.

Read more about the Red Sea >> 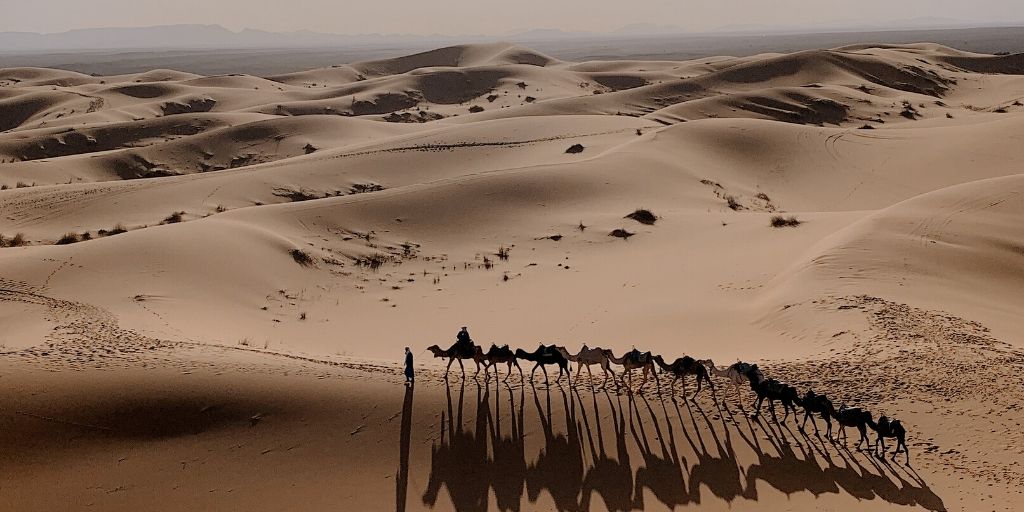 The Sahara Desert is the world’s largest warm desert and the third-largest desert in the world after the Antarctic and Arctic deserts. At just over 9 million kilometers square, the Sahara Desert is roughly the size of the United States of America, with epic dunes that reach up to 180 meters tall. The desert stretches across 11 countries in North Africa, and the only parts of the region that aren’t part of the Sahara Desert are the coast of the Mediterranean Sea, the Nile Valley in Egypt and Sudan, and Morocco’s Atlas Mountains of the Maghreb.

Whilst conditions in the Sahara Desert are harsh, it’s still home to a varied selection of adapted wildlife – including fox, gazelle, cheetah, wild dog, ostrich, crocodiles, and camels – as well as to several nomadic tribes.

Read more about the Sahara Desert >>

The Big Seven Animals – What They Are & Where To See Them